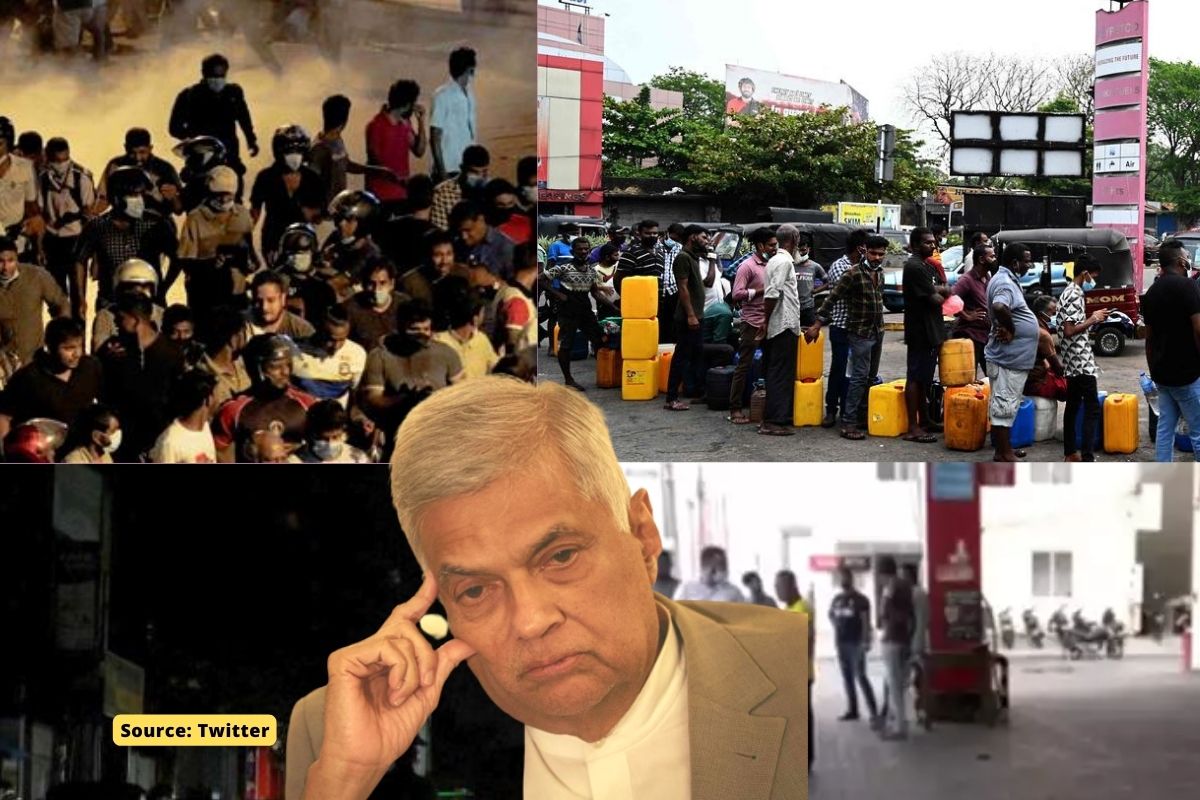 Sri Lanka Petroleum Corporation was unable to buy imported fuel even on cash payments due to heavy debt. Sri Lanka’s Prime Minister Ranil Wickremesinghe issued a statement with lawmakers on Wednesday, saying the country’s indebted economy had collapsed after months of food, fuel and electricity shortages.

According to the Associated Press (AP), the Sri Lankan prime minister said this while clarifying the country’s dire situation when the country is trying to get help from international lending institutions.

The Prime Minister told Parliament that Sri Lanka is not only facing a shortage of fuel, gas, electricity and food but is facing an even more dire situation. Our economy is completely destroyed.

Sri Lanka’s Prime Minister Ranil Wickremesinghe’s claim that the economy has collapsed was aimed at convincing critics and opposition lawmakers that he had inherited the hard work and that the situation could not be fixed quickly as the economy took a heavy toll. There is a debt burden. Revenue from tourism has declined and prices of commodities have risen, including the effects of the pandemic. Parliamentarians from two major opposition parties of the country boycotted the Parliament.

He told lawmakers: “Ceylon Petroleum Corporation currently owes 700 million. As a result, no country or organization in the world is willing to provide us with fuel.” They are also refraining from providing fuel in cash.

Ranil Wickremesinghe took office in May after days of violent protests against Sri Lanka’s economic crisis. Earlier, his predecessors were forced to leave the government. Exports have been cut due to the foreign exchange crisis, which has created a shortage of food, fuel, electricity and other necessities of life in the country. In such a situation, people have to stand in long queues to fulfil basic needs.

According to the Prime Minister of Sri Lanka, “If steps had been taken to mitigate the devastation of the economy from the very beginning, we would not have faced this difficult situation today. But we missed the opportunity. Now we are seeing signs of potential. There is a complete collapse.

According to Reuters, Sri Lanka’s prime minister has said that China, Japan and India will be invited to attend a donors’ conference for more foreign aid to help the country out of its worsening economic crisis. His remarks came as the Sri Lankan government is in talks with the International Monetary Fund (IMF).

The prime minister told parliament: “We need the help of our historical allies, India, Japan and China. We have planned a donors’ conference in which these countries will be invited to find a solution to the Sri Lankan crisis.

He said a high-level Indian delegation would arrive in Colombo on Thursday to discuss additional assistance, while a US Treasury Department team would visit Sri Lanka next week.

Ranil Wickremesinghe said progress had been made in talks with the IMF team that arrived in Colombo, the commercial capital of Sri Lanka this week. There is likely to be an employee-level agreement with the lender by the end of the month.

“We have discussed a range of issues including monetary policy, debt restructuring and direct transfer of cash,” he said. Also, we have started discussions on the debt restructuring framework. We hope that these talks will be completed in July.

Sri Lanka, which suspended $5 billion in foreign debt in April, is seeking a loan of around ₹3 billion from the IMF to cover the fiscal gap, including spending.