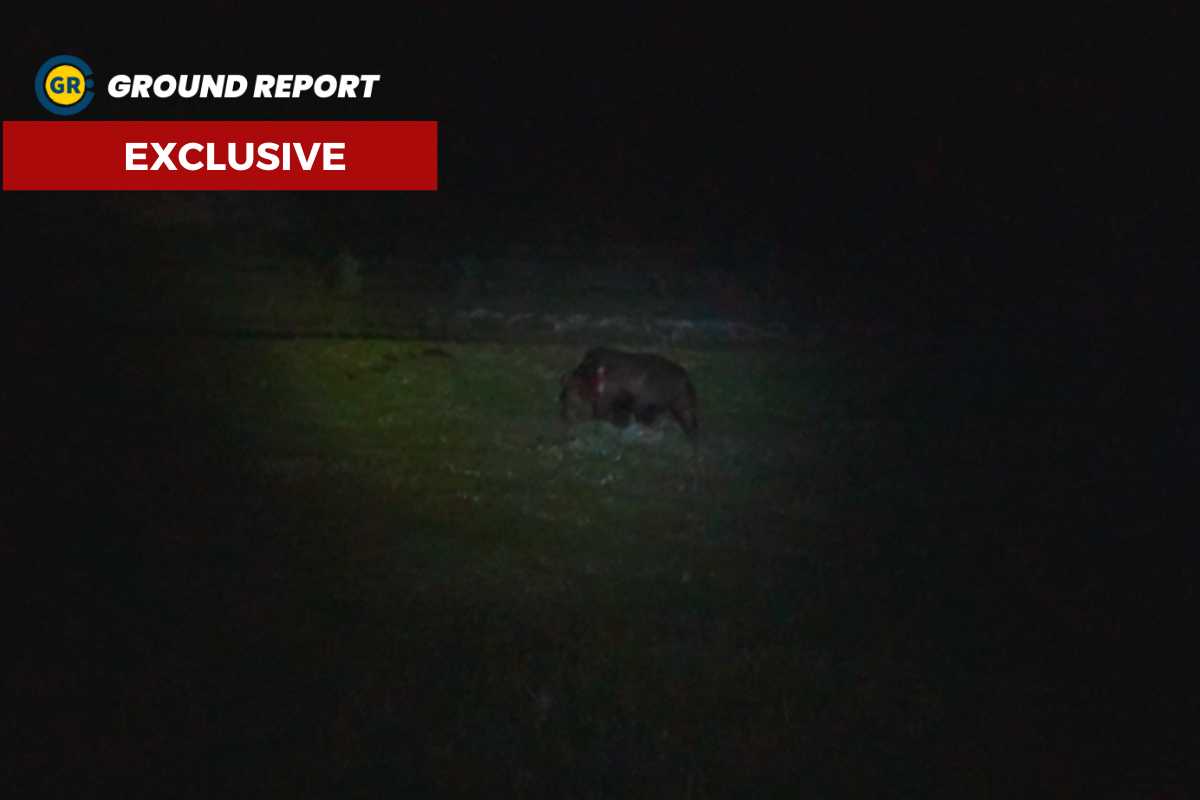 In the last sixteen years, 241 people have been hunted by animals, and more than 3000 people have been injured by wild animal attacks in Kashmir valley. While it was found that from 2012 to 2020, 44 leopards and 124 black bears died.

The human-animal conflict has experienced a sharp increase with more cases reported throughout the valley with each passing day and several people, mainly children, have lost their lives in this conflict.

From 2006 to July 2022, 241 people have been killed and 2,946 injured in the human-animal conflict. Kashmir, situated between the mountains and the plains, has undergone very sharp changes in the use of land. Large paddy fields have been converted mainly into apple orchards. New neighbourhoods have settled around marshy land and forests. Deforestation and climate change have added to the problems.

The studies published by indianforester, indicate that human settlements occur either in or around forests, resulting in wild there is a conflict with animals. It has further been found that with human installations the number of cases of conflict increases due to reduced distance from water sources.

According to official figures of Kashmir, it was found that from 2012 to 2020, 44 leopards and 124 black bears died. Some of these deaths were caused by human and animal conflicts. In the last 14 years (2006 to 2020), at least 242 people have died and 3,528 people have been injured in this human-animal conflict in Kashmir.

On June 24, around 4:50 a.m Ghulam Hassan Wani, 54, from Tahab village in southern Kashmir, was attacked by the bear as he was returning from praying. “The incident happened instantly and I didn’t have time to call for help. I went unconscious,” Wani said, adding that he headed to his house once he regained consciousness and was taken to a nearby hospital. “The last time a bear was sighted in this village was in 1978,” Wani told Mongabay-India.

Experts say that due to this, wild animals are coming towards human areas in search of food and shelter, due to which the number of attacks has increased considerably.

In August Last year, Manzoor Ahmed Dar was working on his vegetable farm when a black bear pounced upon him. His head got a deep injury in the attack and he is not fully recovered yet. Last year, 50-year-old nomad Shaukat Ahmed Khatana lost his life while saving his younger brother from a black bear attack in the Harwan area, outside Srinagar. His brother was also injured in that attack.

Wild animals attack livestock and damage crops causing economic losses for the inhabitants of the area. Results suggest that leopards and black bears have the ability to adapt to any place and habitat to attack human life.

A study titled “Victims of human-wildlife conflict in the Kashmir Valley, a neglected form of trauma” – revealed that in human-animal conflicts, the bear was the most common animal responsible for the human-animal conflict, followed by leopard Monkey and red fox attacks were less common and less lethal. Mortality was highest in leopard attacks.

“Human-wildlife conflict is certainly increasing. Most bear and leopard attacks are devastating. Most survivors of such attacks are left with some degree of disability and psychiatric disorders. Maintaining ecological balance is the best way to control human-animal conflict”, concludes the study published in the International Journal of Research in Medical Sciences.

In 2012, Asadullah Khan, a resident of Marhama village, was attacked by a bear, which left his face partially paralyzed and he now has a stutter. Khan was hospitalized for four months, where he underwent two major maxillofacial surgeries after his face was mutilated. “The structure of my nose was damaged. I thought that I would never be able to recognize myself, ”he says.

However, a decade later, it is not the scars that anguish him, but the emotional wear and tear he experiences on a daily basis. “I have lost confidence and I am afraid every time I go out,” he says, adding that he did not receive any compensation from the authorities, but there was a man who donated Rs. 29,000 for his treatment.

A study on brown bears in Kashmir by Wildlife SOS found that the bears consume food from the garbage, including plastic bags, milk powder, biryani, and chocolate wrappers. The Wildlife SOS team conducted a comprehensive analysis of the brown bear’s diet. “This was done by studying the faeces of 408 brown bears, the results of which revealed that 86 bears excreted plastic bags, powdered milk, and chocolate coatings in their faeces.

Brown bears most frequently visited the SDA Sarbal midden, the Army Transit camp middens, and the Amarnath holy camp middens. At the SDA garbage site, we observe a minimum of 3 to a maximum of 11 garbage vehicles disposing of 50 to 550 kg of food and other waste every day.

Some droppings even had traces of glass in them! Up to 75% of everything brown bears eat comes from garbage, which means that their frequency of scavenging is much higher than eating wild plant matter, crops, and even hunted sheep,” according to the report published by Wildlife SOS.

Kashmir Regional Wildlife Director Rashid Naqash speaking to Groundreport.in said that despite the wildlife department managing to reduce deaths and injuries, growing concern is “the increased movement of wild animals such as leopards and black bears in areas residential”.

Rashid Naqash further added that the government provides ex-gratia relief of up to Rs. 3 lahk in case of death or permanent disability. “Since 2006, Jammu and Kashmir government have provided an amount of around Rs. 10 crore for the victims,” he added.