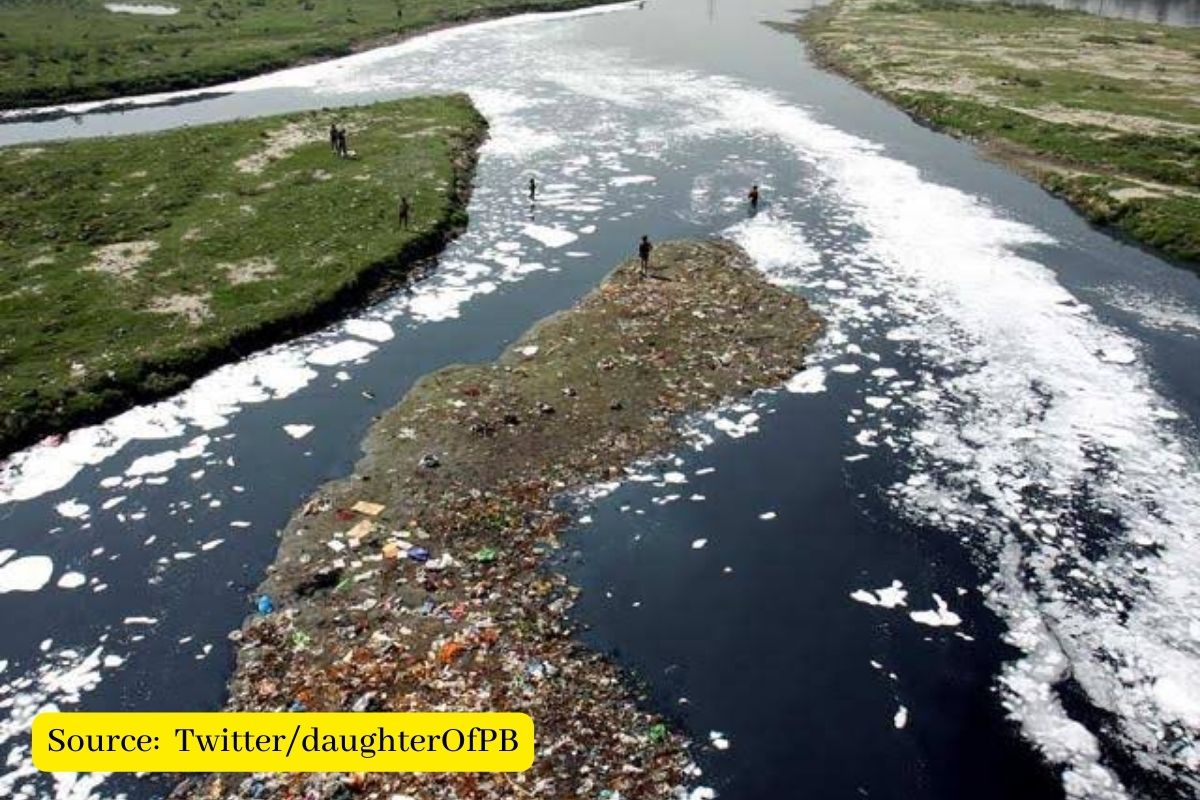 Activists from the Public Action Committee (PAC) and representatives of NGOs working for environmental conservation today expressed their concern about the alarming degradation of the surroundings of Buddha Nullah.

PAC member Colonel CM Lakhanpal said awareness has been spread about the ill effects of Buddha Nallah pollution on people’s health. “On the way, the participants encountered many contaminated water and effluent discharge points, the main pollutants being industry, wastewater and dairies. Even the last pumping station in the River was found to be non-functioning and both sides of the water body were devoid of the green cover”.

The April 2019 report of water quality testing of polluted river stretches in Punjab by the Punjab Pollution Control Board suggests that the Biological Oxygen Demand concentration of Sutlej was found to be in the range of 1, 0 to 3.0 mg/l upstream of the confluence with Buddha Nullah, but 100 meters downstream of the confluence, Sutlej’s BOD spikes suddenly to 90 mg/l.

What is Nullah Buddha?

The story of Buddha Dariya (Nullah), as it was once known, becoming Buddha Nullah (drain) portrays how bleak the situation is in Punjab. Buddha Nullah is a tributary of the Sutlej that runs through the industrial city of Ludhiana. It separates from the river near the village of Koom Kalan and rejoins downstream after traversing Ludhiana for 15 kilometres.

Originating in the Ludhiana village of Koom Kalan and running 47 km to Walipur Kalan, where it merges with the Sutlej River, this freshwater-carrying stream was formerly known as ‘Buddha Dariya’.

Over the years, the name was changed to Buddha Nullah (drain) due to sewage, industrial and the household waste being dumped into it on the 14 km stretch within the city’s municipal corporation boundaries from Ludhiana starting on the Tajpur highway.

What are the major sources of pollution?

“Buddha nullah accounts for 90 per cent of the pollution in the Sutlej river. The polluted water is further distributed through canals for irrigation throughout the Malwa region of the state and parts of Rajasthan. Buddha Nullah is the largest body of water dangerous and toxic in Punjab, affecting the lives of more than two million citizens in Punjab and Rajasthan. Sadly, it was once a stream of clear water and the center of social life in Ludhiana.

As the nullah passes through the industrial city, it accumulates industrial effluent, sewage, dairy products, and household waste, before flowing into the Sutlej.

A study by the Punjab Agricultural University found the presence of mercury, cadmium, chromium, copper and other carcinogens in vegetables and crops grown in villages throughout the nullah. After the confluence of its waters at Sutlej, the river’s water reaches Class E status in terms of pollution, meaning it is unfit for any use and does not support any aquatic life.

“Buddha Nullah is the most dangerous and toxic body of water in Punjab, affecting the lives of more than 2 million citizens in Punjab and Rajasthan,” says Sant Balbir Singh Seechewal, a well-known environmentalist. Unfortunately, it was once a stream of clear water and “the center of social life in Ludhiana”.

“The Buddha nullah accounts for 90 per cent of the pollution in the Sutlej river,” says K S Pannu, Director of Environment and Climate Change for Punjab. The polluted water is further distributed through irrigation canals throughout the Malwa region of the state and parts of Rajasthan.

Over a decade ago, the river brought prosperity to Rupnagar, Ludhiana, Jalandhar, Kapurthala and Ferozepur districts. However, the massive flow of raw industrial sewage and effluent into the river in recent years has made it a source of disease and disaster, especially after it crosses Jalandhar and Ludhiana, which are the industrial and commercial capitals of Punjab. There have also been large-scale deforestation along the banks of the nullah.

In 2010, water samples taken from Buddha Nullah showed quite high heavy metal content and the presence of uranium 1½ times the reference range. For example, chromium was 50 times higher than the reference range, aluminium and iron 20 and 60 times higher, while the concentration of silver, manganese, nickel and lead was equally high.

Affected millions of people and species

Buddha Nullah is heavily polluted as it not only polluted the surface waters of the city of Ludhiana but also affected crops in southern Punjab and Rajasthan as it joins the Satluj river.

Not only flora and fauna are seriously affected, but also the health and hygiene of millions of people. The beauty of the city is also lowered. It is important that the contamination of the Nullah Buddha is brought under control without further delay before it causes an epidemic.

“Residents of the city are completely dependent on groundwater for their drinking water needs. The nullah has caused contamination of groundwater throughout its entire course, leading to frequent outbreaks of disease. The entire city population of Ludhiana is at risk,” a local Rajat Sood said.

The state pollution agencies, the state administration and the Central Government agencies have not been able to control this pollution. There is a need for a massive effort to control it.