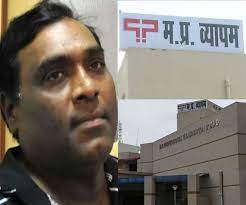 Jagdish Singh was about to go from Indore to Gwalior flight. During the security check at the airport, cartridges were found in his bag. On enquiry, the accused told that one cartridge was left lying in the bag by mistake. After this the airport management informed the police. After arresting the police, the accused was produced in the court. From here the court released him on bail.

Who is Jagdish Sagar?

He is accused in multiple cases of Madhya Pradesh Pre Medical Test (MP PMT) fraud (among the most important cases of the Vyapam scam) and also money laundering case registered by the Enforcement Directorate under the Prevention of Money Laundering Act (PMLA) Act.

Sagar, the inter-state imposter racket kingpin who facilitated the admission of hundreds of students into the MBBS course of medical colleges in Madhya Pradesh. He used his nexus with Vyapam officials and private coaching centers in UP and Bihar to do this scam.

What is Vyapam Scam?

Vyapam scam involved 13 different examinations conducted by the Vyapam or the Madhya Pradesh Professional Examination Board. for recruitment to government jobs and admissions to educational institutions in the State. In August 2013, the Shivraj Singh Chouhan government constituted a Special Task Force to probe the scam. The Central Bureau of Investigation took over in July 2015.