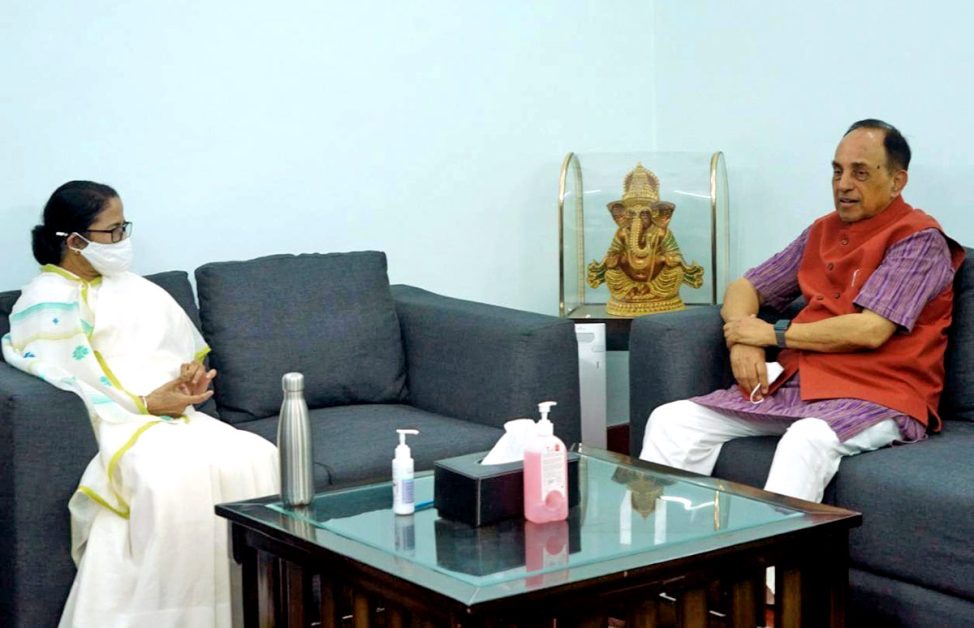 The meeting took place around 3.30 pm at the official residence of TMC general secretary Abhishek Banerjee in Delhi. Incidentally, Swamy was in Kolkata on Tuesday where he met West Bengal Governor Jagdeep Dhankhar.

Swamy, however, denied speculations of joining the ruling party of Bengal. “I was already with her (Mamata). There is no need for me to join the party.” (Subramanian Swamy joining TMC)

The inclusion of former prime minister Rajiv Gandhi among politicians “who meant what he said and meant” is also surprising as he has been a firebrand critic of the Nehru-Gandhi, the first family of Congress.

Swamy has been openly critical of the Modi government’s foreign and economic policies, especially on issues such as demonetisation and its reaction to China’s aggression on the disputed border with India.

He met Banerjee a day after meeting his staunch critic and West Bengal Governor Jagdeep Dhankhar at the Raj Bhavan in Kolkata.