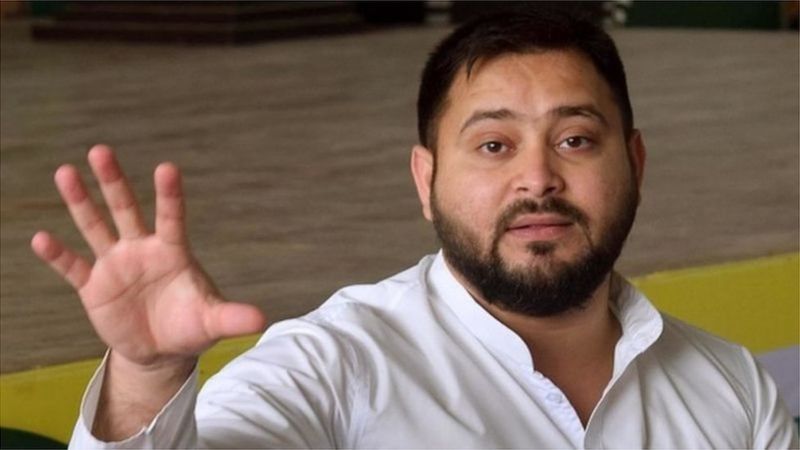 As a cricketer, Tejaswi Yadav failed

Tejaswi Yadav born into a family involved in politics and dropped out of school at an early age, dreaming of becoming a cricketer. He managed just 37 runs in seven, first-class matches and spent four seasons on the bench of the Delhi team in the Indian Premier League.

In 2012, Yadav decided to quit the game and take part in politics in his home state of Bihar.

This time around, pollsters predicted it was their turn. It predicted that his party, the Rashtriya Janata Dal (RJD) -led coalition, would outperform the ruling Janata Dal.

The Bihar Alliance, led by Nitish Kumar, ruled Bihar for 15 years. He is one of the greatest leaders in the region. But now their stars are not supporting them.

The Prime Minister Narendra Modi is also considered an important ally in this alliance who also took part in his election campaign to get his allies re-elected.

Yadav entered the campaign late. It didn’t look like they would win. His opponents ridiculed him for being politically weak.

But the most important thing for him was to come out of the tainted past of his father Lalu Prasad Yadav who is currently imprisoned for corruption. Lalu Prasad was a colorful secular leader.

The 72-year-old politician ruled Bihar for 15 years but later became notorious for allegations of corruption and abuse of power. Narendra Modi also used to call his time in this poor state of India as ‘Law of the Jungle’.

But like other political families, Yadav got off to a good start.

In a state where the principles of loyalty to the caste are changing, Yadav inherited one-third of the votes from his father, including Hindus and Muslims of the Yadav caste.

Lalu Prasad Yadav formed this alliance with great difficulty and he considered his politics as an example of social justice and equality. And similarly, according to Tejaswi Yadav, their alliance has come to liberate the upper caste landlords from the historical monopoly.

Yadav showed great speed in his campaign. He kept his speeches short and effective. He talked less about caste and more about jobs, health care and education.

Yadav kept the family away from the campaign. He is the youngest of the parents’ nine children. He said that now Kumar will have to face them.

Despite this, Yadav did not win the Bihar elections.

His party did worse than expected from opinion polls, which saw them at gaining about 75 of the 144 seats. These were the most seats for a party.

But the party’s ally, the Congress, won only 19 of the 70 seats, and the alliance did not do much good. Kumar and Modi’s alliance won the election.

According to Rahul Verma of the Center for Policy Research in Delhi, Yadav “performed well. He brought his party back to the field. They mobilized the voters but failed to spread their base.

The BJP won 74 out of 110 seats. This time he managed to take a big part in the victorious alliance. This is important because Bihar is the only ‘Hindi-speaking’ big state where the BJP did not win elections on its own.