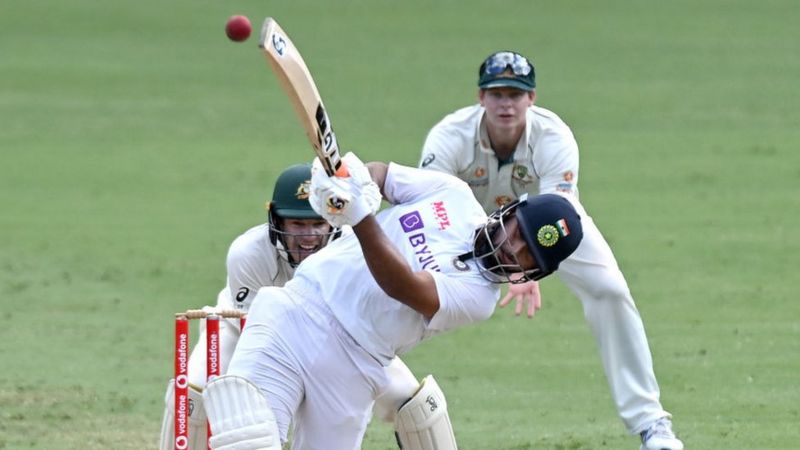 India have registered a memorable win against host Australia in the fourth Test of Brisbane due to the calm, composed and responsible innings of Shubman Gill, Rishabh Pant and Cheteshwar Pujara

With this, India has won the series of four Test matches 2–1 and the Border-Gavaskar trophy was held by the Indian team.

In the fourth Test in Brisbane, India had a target of 328 runs to win, which India completed.

Rishabh Pant, the hero of the Indian innings, who kept the front till the end and also took the winning shot. He remained unbeaten after scoring 89 runs. Shubman Gill scored 91 and Cheteshwar Pujara scored 56 runs.

The Board of Control for Cricket in India (BCCI) has announced a bonus of five crore rupees to the winning team by tweeting Jay Shah.

While BCCI chief and former captain Sourav Ganguly, who is recuperating, also congratulated the team on the tweet.

The first Test of the four Test series was won by Australia and the second by India. While the third test was a draw.

First Shubman Gill, then Cheteshwar Pujara and Rishabh Pant continued to try to win India, but they were also under pressure to save defeat.

After Rohit Sharma was dismissed cheaply by seven runs, Shubman Gill and Cheteshwar Pujara added 114 runs for the second wicket.

At that time it seemed that India was in complete control. But Shubman Gill, batting brilliantly, was unlucky and missed a century.

He was dismissed after scoring 91 runs. After this, responsibility fell on Pujara and captain Ajinkya Rahane. Rahan showed aggressive attitude and also hit a four and a six in the innings of 24 runs off 22 balls.

But he was out on the ball of Cummins. After this, the Indian team came under pressure and the Indian batsmen became a bit defensive.