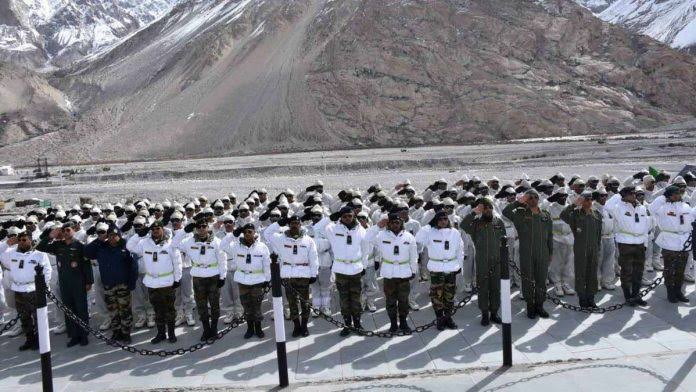 Amid tensions with China, India has started preparations keeping in mind the winter. India is buying special clothes for the soldiers posted in Ladakh, which will help protect them from the harsh cold. These clothes are being purchased under the Logistics Exchange Memorandum Agreement (LEMOA) between India and America. Under this agreement, between the armed forces of the two countries, including logistic support, clothing, food, spare parts, medical services, IANS reported.

During the winter season, the Pangong Lake in Ladakh and other areas have a temperature of -40 degrees. Indian soldiers are stationed on 13 important peaks in the south part of Pangong Lake.

These clothes are being purchased for the soldiers of India to reduce the hassle of the soldiers posted in Ladakh during the cold season.

According to media reports, emergency purchases have also been made from European countries to meet the requirements immediately. Also, Indian Air Force transport aircraft are continuously flying at Leh airbase for necessary supplies.

Along with America, India has also turned to European markets. The government is engaged in efforts to provide all necessary resources to the soldiers deployed in Ladakh. The situation here can get worse during the winter season, keeping in mind that special clothes are being purchased for the soldiers.

Several rounds of talks have been held in India and China to resolve the border dispute. Consent has also been reached on some issues, but China is not deterring from its antics. He too has stepped up the preparation keeping in mind the winter.

Intelligence reports have shown that China has made a deal for special tents worth about three billion rupees. These tents are being purchased for the winter of Ladakh.

According to reports, China has signed a deal for these special tents from Guangzhou Plato Plastic Company for 2 billion 94 crores. These tents provide a comfortable place to stay for the soldiers deployed at altitudes above 15 thousand feet, ie super high altitude. These tents are being prepared to stop the soldiers especially in dry and low oxygen areas.