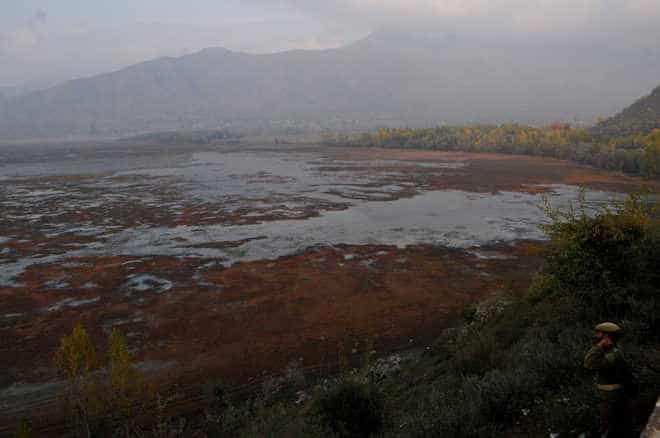 Kashmir, known as heaven on earth, has been tolerating terrorism for the last several decades, as well as due to the negligence of the government, it is also losing its beauty. The Wular lake here are shrinking.

In 2011, Ministry of Environment Jairam Ramesh went to Wullar, when the project was approved to save the lake and a budget of four billion rupees was also prepared.

According to the project, all the trees that have grown around the lake should be cut down, so that the construction of the lake can be started. Environmentalists are objecting to this.

Aliya bhat, who studies environmental science at Kashmir University, says that it is a waste of money and messing with the environment, “It will not help. We have seen a similar project on Dal Lake in which five lakh trees were felled Was. Now trees have grown again.”

The strange thing is that the trees that are being talked about were cut, they were planted in the 80s, especially under the tree plantation program of the flood control department of Kashmir.

Bhat says that the government at that time planted trees in a hurry but later forgot to pay attention to them, “Due to these trees the risk of flooding from the lake has reduced but later the number of them increased so much that the lake The size of itself started getting smaller.

Under the Ramsar Convention of 1990, Wular Lake was recognised as a wetland of international importance. And so, Wetlands International, a global non-profit that works for the restoration of wetlands, submitted an $82 million plan to restore the ecology of Wular in 2008. But it was only in 2015 that the first willow trees were cut down.

After three decades, the government has now woken up, but neither the government thought of taking help of the experts to stop the flood at that time, nor did the experts now know about the increasing number of trees. Is looking for help. “

In Kashmir, not only Wular and Dal, but also the future of lakes like Achar, Nagaan and Manasbal are in danger.