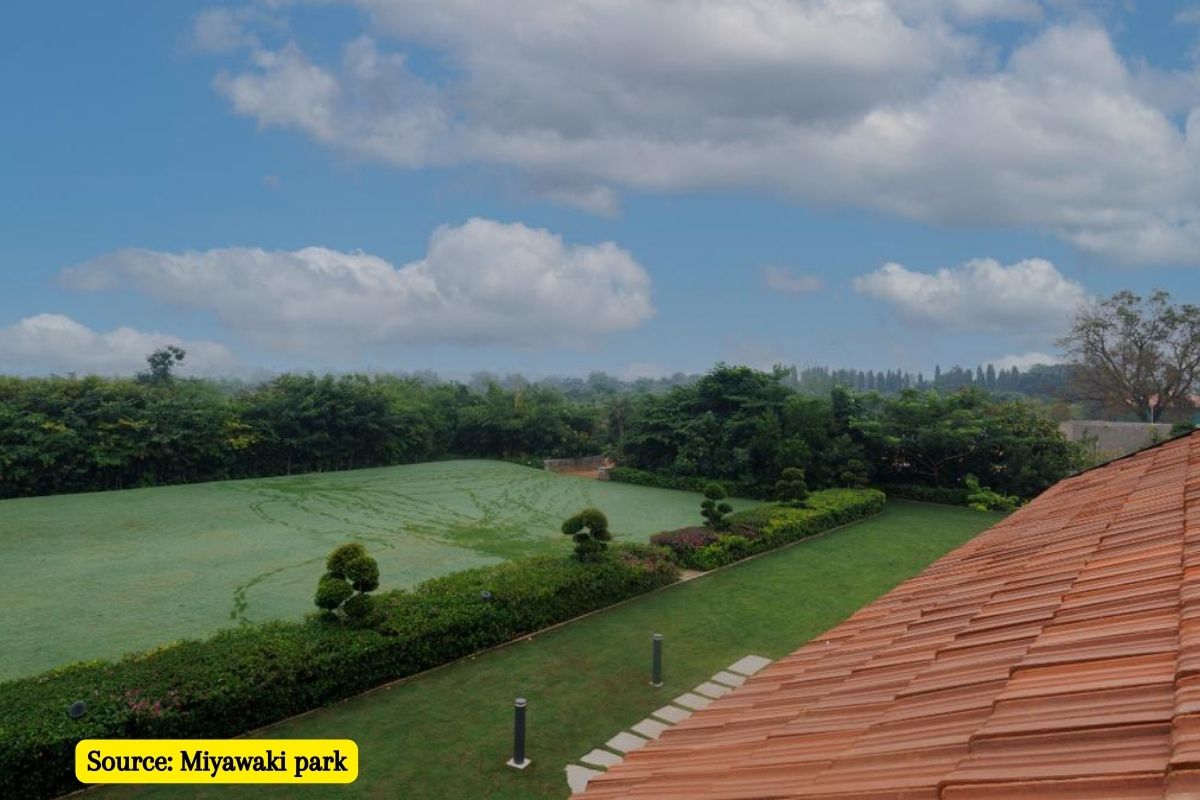 The country’s largest Miyawaki urban forests in Hyderabad have more than 4.2 lakh trees and plants. Spread over 18 acres in Kavaguda, near the Hyderabad airport, a real estate project aims to bring back the days when people lived close to nature.

Populated with 4.2 lakh trees and more than 100 species of birds, the forest took around two years to grow. Spread over 18 acres in Kavaguda near the airport, this forest has 126 native fruit and flower trees and is a bird’s paradise.

Woods by Stonecraft and Aditya Mehta Foundation (AMF) by Kirthi Chilukuri and Anusha Podduturi, the 18-acre Miyawaki Forest in Kawaguda is part of their 62-acre real estate venture called The Woods.

The two preferred Miyawaki’s creation of a forest over the more common luxury landscaping at their company, which aimed to create a society where people lived and developed together in the midst of nature.

Chilukuri said that more than 100 trees were transplanted. “The idea is not to do real estate in a conventional way. When you look at the housing colonies today, they look like a concrete jungle. Considering the growing climate crisis, we realized that we have to build a sustainable mode that can coexist with nature. We realized that planting trees is the best solution since any other material will eventually lead to the cycle of energy consumption and emission,” Chilukuri said.

Subsequently, Stone Craft assembled a team of forest officials and architects to identify native trees and properly prepare the soil. “We studied native tree species within a 50 km radius and found 186 native trees. We then visit various forest nurseries across India to collect saplings,” says Anusha. She says the idea is to connect and interact and coexist with nature.

Kirthi adds: “To see how different species respond to each other, we created a nursery where we study trees and their growth before creating a forest. We kept planting and before we knew it, we covered 18 acres.