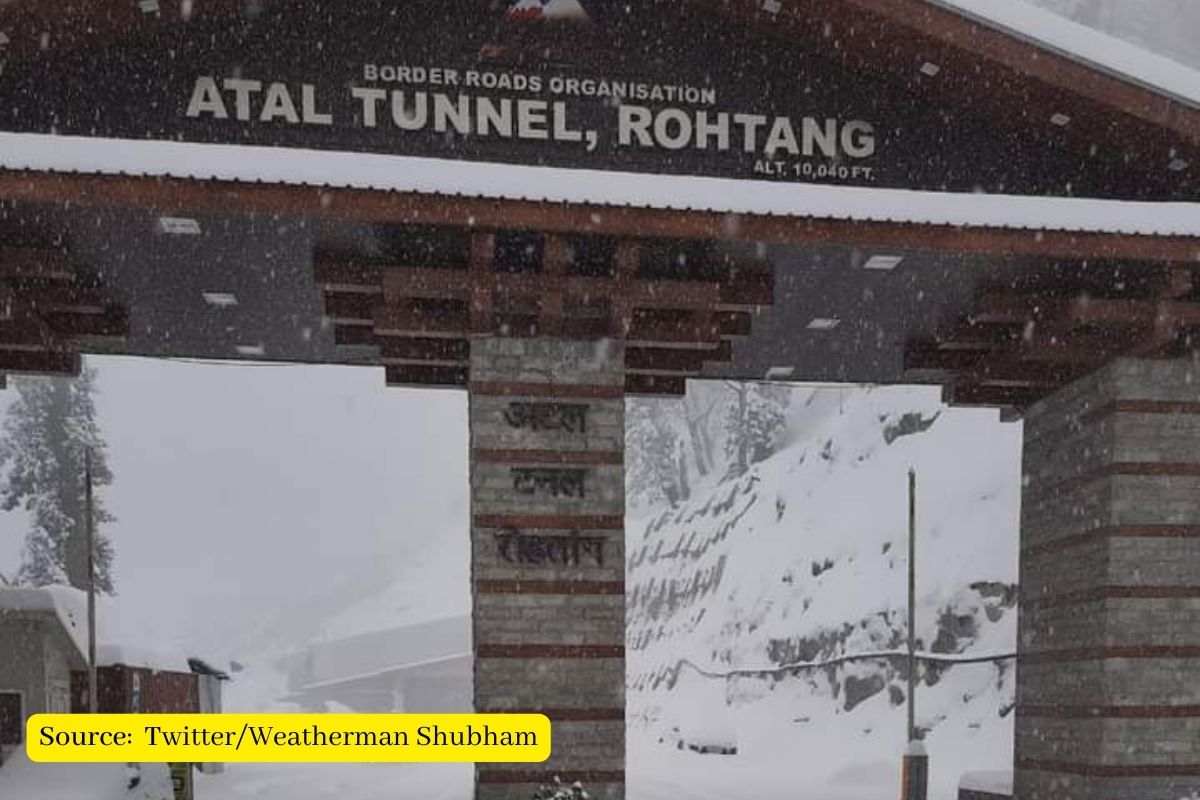 Just a day before new year celebrations are set to kick off at mountain destinations, Himachal Pradesh police rescued the vehicles of more than 400 tourists in the 10,000-foot-high Atal Rohtang tunnel, braving freezing cold and the season’s first heavy snowfall.

The Keylong and Manali police teams jointly launched a rescue operation, which lasted 10 to 12 hours and concluded around 4 a.m. Friday and the vehicles were moved to their respective destinations, officials said.

After the snowfall, the road leading to the Sissu Tunnel in Lahual-Spiti was blocked, even when about 5,650 tourist vehicles had already crossed the tunnel to the north gate. Police immediately jumped into action and began a rescue operation to rescue tourists, including women and children, trapped in a massive traffic jam.

“We thought about having fun with the snow, but we didn’t realize the risks of getting stranded. Thanks to the efforts of the police and the administration, we safely reached our hotel after midnight, ”admits Keshav Dogra, a tourist from Gurgaon, who together with his wife and two children of his was struck at the north gate.

“Tourists were stranded in Dhundhi, 24km uphill from Manali, after it started snowing at 3 pm. The last South Portal vehicle was dispatched to Manali around 1am. of Friday. Rescue teams have been requested from Manali and Keylong,” said Lahaul and Spiti Police Superintendent Manav Verma, adding that tourists should avoid venturing into the snow-covered region until the weather improves.

A total of 11,188 vehicles passed through the Atal Tunnel in 24 hours from 8 am on Thursday to 8 am on Friday. Up to 5,540 vehicles entered the Lahaul Valley through the tunnel and 5,548 exited.

Meanwhile, the local MeT office has forecast dry weather for December 31 and hoteliers in the state are gearing up for the New Year by hosting special dinners, parties and contests for tourists.

Kothi received 15 cm of snow, followed by Khadrala, Udaipur and Kalpa 5 cm each, Pooh and Sangla 4 cm each, Gondla, Shillaro and Kukumseri 3 cm each.

Traffic was also disrupted on some routes in Shimla, Chamba, Kinnaur and Lahaul and Spiti, the officials said.