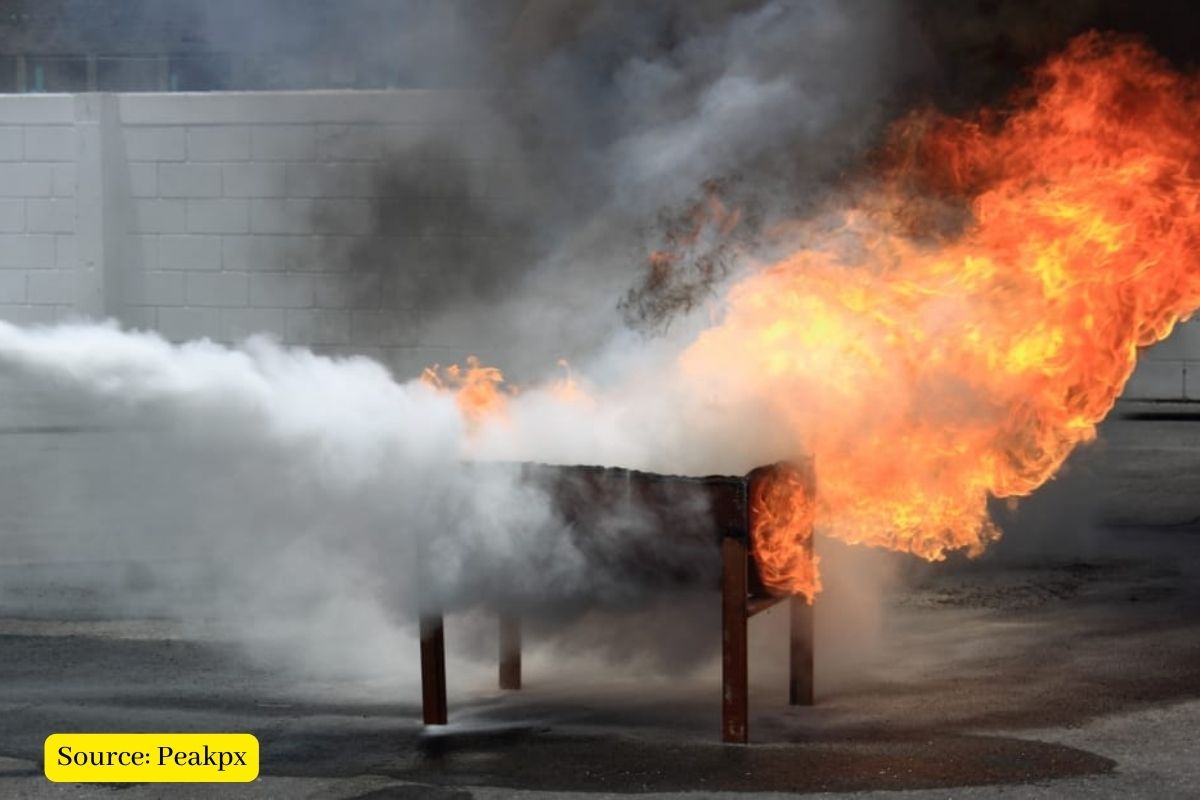 A burning fireplace or a brazier can kill in just half an hour. A man and a woman were found dead inside a nightclub in Haryana’s Gurugram under mysterious circumstances, Preliminary investigations have indicated that the death was due to suffocation from smoke from a burning fireplace inside the room.

According to the police, the victims had burned angithi because it was very cold and they could have died from suffocation. The cabin, where they had gathered to celebrate the birthday of one of the women around 2 a.m. Monday, had no ventilation, police said. Due to the cold, an angithi, a type of stove, was lit, police said.

A fireplace or brazier can kill in just half an hour. For this, they have to be in poor condition due to dirt, obstruction or accumulation of residues, poor combustion occurs in a closed space without ventilation and such a quantity of carbon monoxide is generated that when breathed during this time, a failure occurs cardiovascular disease causing death.

Burning of Angethi produces many harmful gases like carbon dioxide and carbon monoxide etc. This also reduces the flow of oxygen. Inhalation of small amounts of smoke does not usually produce serious or lasting effects.

It usually causes you to pass out before you die and can cause brain damage. 15 minutes of pure smoke with 0% oxygen would kill you.

However, if the smoke contains certain toxic chemicals, is unusually dense, or has been inhaled for a long time, serious problems can arise. Even common household materials, such as plastics and cloth, can produce toxic chemicals (toxic combustion products) when burned.

A sweet death, because the victim does not suffer it, sometimes it happens while sleeping.

Inhaling carbon monoxide slows down the alert system and can dull the senses so much that the legs don’t respond even though the person feels they need help.

Weakness, tiredness, nausea, headache, and loss of consciousness are the symptoms of this poisoning that causes death in half an hour if the person does not receive help.

The process is very fast when this gas adheres to haemoglobin, which carries oxygen. The problem is that the signs of poisoning slow down the person’s response because they affect their neurological system. The affected person is sleepy, tired, and falls asleep.

How is carbon monoxide generated?

Poor combustion occurs when there is a lack of oxygen, this happens when the brazier is deteriorated or in a fireplace with debris. If its flames are yellow, it is an indicator that this gas is in the environment.

Headaches, dizziness, vomiting, tiredness, weakness and even loss of consciousness are symptoms of possible poisoning, according to experts; the danger is that the person affected loses the sensation of alertness. If you are alone, the risk is much higher.