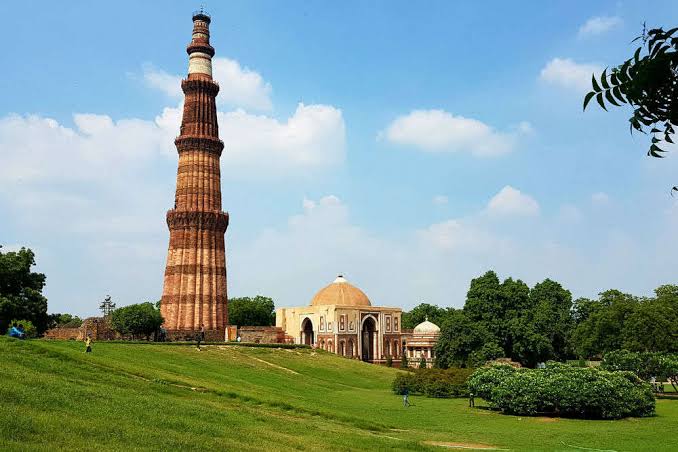 A Delhi court on Saturday deferred hearing on a petition seeking the reconstruction of 27 Hindu and Jain temples in the Qutub Minar complex till April 27.

On December 24 last year, the Saket court had heard the matter and postponed it till March 6.

The case, filed in the court of civil judge Neha Sharma based in Saket, states that ‘Mughal emperor Qutubuddin Aibak broke 27 Hindu-Jain temples and built a mosque there.

It also claimed to have been accused of building a mosque with broken temple stones and built flower leaves, stones carved according to Hinduism and other items of the temple.

The petition said that in the mosque located in the premises, there are many such symbols such as Lord Vishnu, Ganesh, Kamal, Swastik etc. which prove that this place belonged to Hindu temples and the same has been broken into a mosque.

Advocate Harishankar Jain has also demanded the court to order the Central Government and the Archaeological Survey of India to form a trust.

According to the court case, Mohammad Ghori’s slave Qutubuddin came to Delhi and ordered the breaking of 27 Hindu temples which were built in Mehrauli to calculate the planets.

Mehrauli was earlier called Mihravali. It also states that a mosque named Kuwwat-ul-Islam was built in 1192 from the material left by breaking the temples in early times. Qawwat ul Islam’s strength is the strength of Islam. The petition stated that the purpose of building the mosque was to destroy more local Hindu and Jain temples than worship.

Muslims never offered namaz in that mosque because the walls, pillars, arches, walls and ceilings of the mosque had statues of Hindu gods and goddesses all over the place. It can be seen even today.