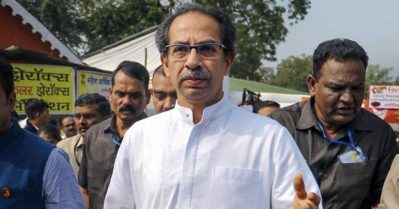 Maharashtra Chief Minister Uddhav Thackeray said he was not aware of any allegations leveled against the investigating officer in connection with the discovery of the owner of an explosives-laden vehicle in front of Mukesh Ambani’s house.

Uddhav said that baseless allegations should not be made against the investigating officer, Sachin Wase, and that such propaganda should not be carried out until accurate evidence is obtained.

Sachin Vaze is not Osama bin Laden. It is not right to make such allegations before the investigation is complete. Let the case be completed. The government wants the perpetrators to be punished.

Opposition groups called for a cease-fire in protest of the death of Mansukh Hiren, the car owner who died under mysterious circumstances. Following this, the government had decided to relocate Sachin Vase, the crime branch officer investigating the case.

Also Read:  Who was Anand Dighe, the political guru of Eknath Shinde?

The opposition turned against the government after Mansukh’s wife came forward with serious allegations against Sachin Wase.

The Opposition had alleged that Sachin Wase was a former member of the Shiv Sena and that the probe was being sabotaged.

On March 5, Mansukh Hirena, the owner of Mukesh Ambani’s vehicle, was found dead in a vehicle laden with explosives near his house. The initial conclusion of the police was that it was a suicide.

ALSO READ: I Am Following Ten Principles Of ‘Ram Rajya’ For People Of Delhi: Arvind Kejriwal