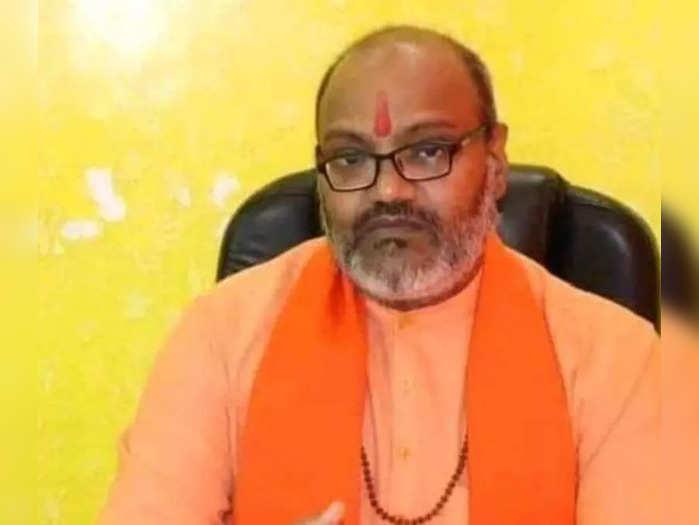 Ground Report | New Delhi: Hate speech of Yati Narsinghanand; After a three-day hate speech program was organized by Hindutva leader Yeti Narasimhanand in the pilgrimage town of Haridwar in Uttarakhand from December 17 to 19, several videos calling for violence against Muslims by members of the Hindutva group sparked outrage on social media on Wednesday.

Who is Deepak Tyagi aka Yati Narsinghanand

Deepak Tyagi aka Yati Narsinghanand, the infamous priest of Dasna Devi temple in Ghaziabad and who recently consecrated ‘Mahamandaleshwar’ of Juna Akhara, had earlier threatened police officers on camera that a ‘Goonda Act’ could be invoked against him.

His grandfather was a Congress officer of Bulandshahr before independence and his father was a national level leader of central government employees.

ALSO READ: Muslim Should be treated as Myanmar treating them: Prabodhanand

Yeti Narasimhananda Saraswati is a staunch Hindu fanatic. His pursuit of radical Hindu youth has distanced him from the core of Hinduism. It is not possible to take our eyes off the way he is spewing venom against Muslims. There is nothing wrong in being a staunch Hindu.

However, a distinction must be made between a fanatical Hindu and a fanatic Hindu who is threatening a civil war against the Muslims. Narasimhananda Saraswati belongs to the latter category.

Narsimhanand was once arrested by the Chandigarh Police as he went for self-immolation before the Haryana CM residence. Narsimhanand is working for Hinduism in Western UP. He is the Mahant of Dasna Devi Temple.

ALSO READ: Just Imagine if you get wedding dress for free, Kerala is doing it

In April this year, Yeti Narasimhananda allegedly made provocative remarks against Prophet Mohammed and Islam. In the video of the incident, which has gone viral, Narsimhanand can be heard saying, “If Muslims come to know about the reality of Mohammed, they will be ashamed to call themselves Muslims.”

In March 2020, Yati Narsinghanand has been calling for “the last war against Muslims” and believes that “Islam must be cast aside to save humanity”.

“If we don’t remove evil like Islam from society, how will we survive?” (Video published on 22 February).

“Humanity can survive only when we eliminate Islam”. (Video published on 22 February)

“When your religion needs you, you should fight. And taking up arms for religion is a virtue, not a sin.” (February 9)

“Shaheen Bagh is calling for genocide of Hindus”. (February 9)

“All Hindus should stand with Kapil and Gopal who showed courage to fight Shaheen Bagh. Support these warriors and fight Islam.” (February 11)

“A community that forgets how to sacrifice its blood dies.” (February 19)

“Only Kapil Mishra stood for Hindus against Jihadis in Delhi. Gautam Gambhir is a eunuch. All Hindus should stand with Kapil Mishra. (25 February).