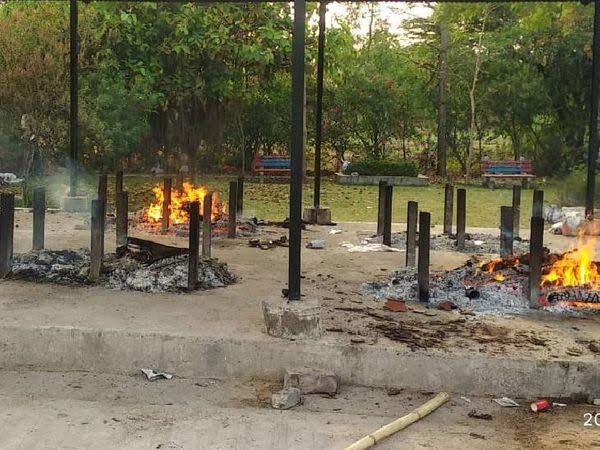 Ground report | Haryana: Pravin Kumar, head of the Hisar Municipal Corporation Employees Union of Haryana, who cremated the bodies of more than 300 covid-infected patients, died of Covid. He breathed his last in a private hospital in Hisar on Monday evening, he was cremated at the crematorium in Rishi Nagar on Tuesday morning.

According to the media reports he died within two days after Praveen was diagnosed with a covid infection. Due to high fever, he was taken to a nearby private hospital, but due to non-availability of beds there. Later he had to be admitted to a private hospital in Model Town. Corporation Commissioner Ashok Kumar Garg said that the sudden demise of Praveen Kumar, a corporation employee, is very painful. He has served selflessly in this difficult period as Corona Worrier.

Hisar Sangharsh Samiti has expressed deep condolences on the sudden demise of Praveen. He said that Praveen has cremated the bodies of over 300 Corona patients. Committee head Jitendra Sheoran said that Praveen was constantly serving in the midst of the corona epidemic. He added that the administration could not even arrange a bed for him. The family members of the late Praveen had to wander for beds for three to four hours.

He demanded from the administration and government that in view of Praveen’s services, one of the wings of the Municipal Corporation should be named after him. He added a government job and other necessary support should be given to one of his family members. Mayor Gautam Sardana, Councilor Anil Jain, Amit Grover, Councilor Representative Pankaj Dewan and others were present at the funeral of Praveen Kumar.