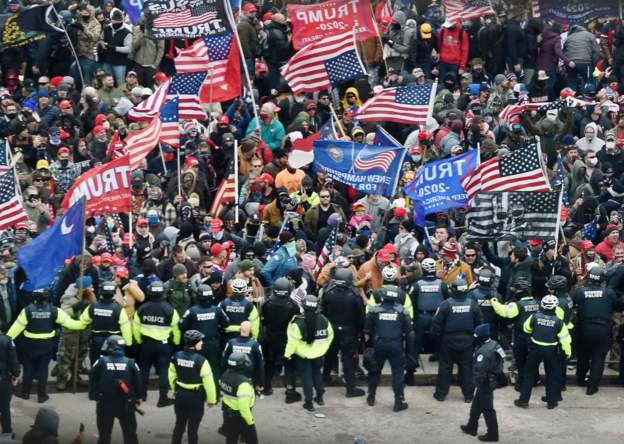 Washington DC police have said that four people have died during the violence in the US Capitol. Police say that out of these four people, one woman died due to police firing, while the other three people died due to ‘medical emergency’.

Police in Washington have arrested 52 people so far, of which 47 have been arrested for breaking curfew. The woman killed during the violence in the US Capitol has been identified by the local police. It is reported that the name of the deceased was Ashlee Babbitt, who was from San Diego.

According to US media, Ashley had also lived in the US Air Force. According to reports, Ashlee was shot while entering the Capitol Building. She was with other rioters.

American broadcaster Fox News has claimed to have spoken to Ashley’s mother-in-law. According to her, she was a firm trump supporter. After being shot, an attempt was made to take Ashlee to the hospital, but she died on the way.

However In the US capital Washington DC, the Mayor has imposed a public emergency for 15 days.

He said, “His actions still continue.” After this decision, more resources will be used to protect people in the city, such as curfew, increasing emergency services and sharing of necessities.

This order will remain in force till 3 pm on January 21, that is, until one day after Biden’s swearing-in. There is already a curfew in the city, which was implemented by the Mayor from 6 pm on Wednesday. Dozens of people have been arrested for violating the order.