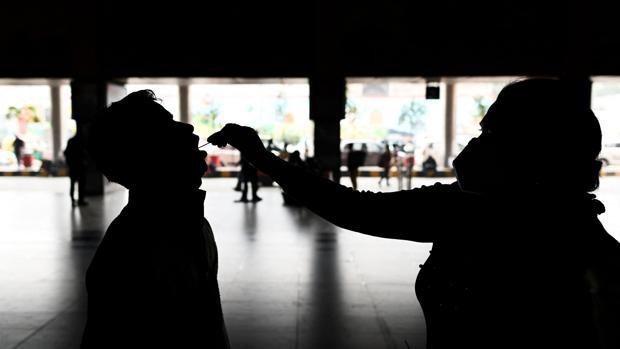 Ground Report | New Delhi: Omicron deaths in India; India reported its first death from Covid-19 related to the rapidly spreading Omicron variant in Rajasthan on Wednesday, a Health Ministry official said. An elderly person died last week in Udaipur, Rajasthan. This older person has been confirmed to be infected with Omicron.

The Health Secretary of the Union Ministry of Health, Luv Agarwal, told a press conference that the death in Udaipur is technically related to Omicron. He said the person had died before Omicron’s positive report came in.

The older person already had diabetes and other serious illnesses. Aggarwal said that, in our guidelines, it has been said that if the infected person dies, he is considered dead because of the crown itself. Similarly, if a person is found to be infected with Omicron even after his death, only a positive case of Omicron will be considered.

Speaking to The Indian Express, the 74-year-old son of the man said: “His death was a shock to us because he was not seriously ill and he used to move; he had a set routine that involved going to Gulab Bagh. He had diabetes, but other than that, he was fine. “

“Our mother had also presented symptoms similar to those of Covid and she was admitted for about five days in the same hospital, but she never tested positive for Covid, unlike our father. Basically, she couldn’t recover from the damage done to her lungs due to Covid, and his condition continuously deteriorated, ”he said. (Omicron deaths in India)

“Now we are busy with post-death rituals, which last 13 days. We used to depend a lot on him; whenever someone was unwell in the family or in the neighborhood, he used to help. Losing him like this is quite painful, ”said the son.