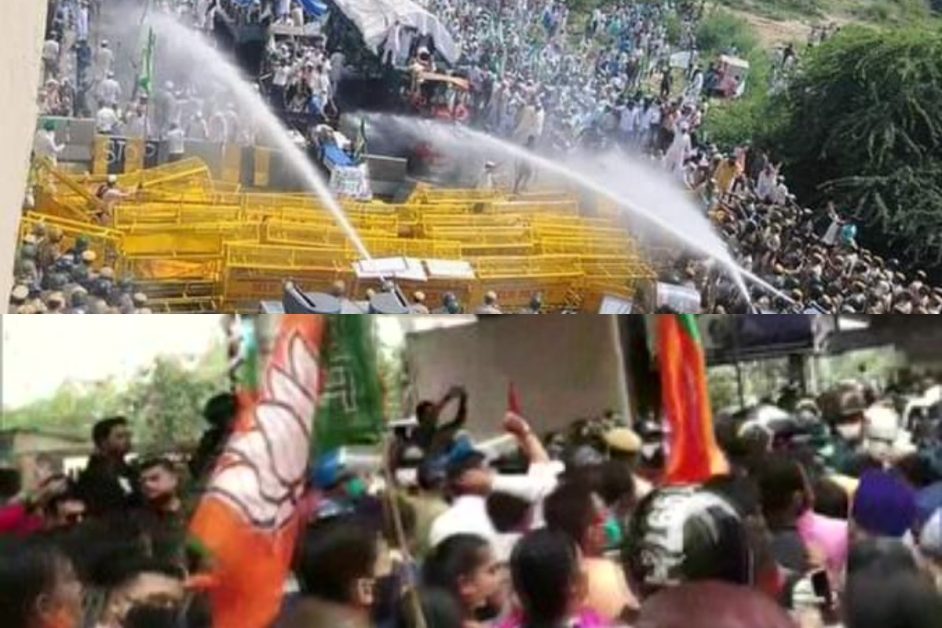 Bharatiya Kisan Union leader Rakesh Tikait has said that on Friday, November 27, the farmers of Uttar Pradesh will hit the roads and jam all the national highways of the state.

Rakesh Tikait has said that farmers should come with their tractors and take food and drink on the highway.

Police forces and Central Security Force personnel have been set up on the Delhi-Haryana border to stop farmers trying to grow Delhi to protest the three agricultural laws of the central government.

Police has placed heavy barricades on every border to stop the farmers, but wherever the farmers can remove the barricades, they have removed it.

However, there is very heavy barricading in many places and farmers have not been able to remove it. Despite this, they are constantly shouting slogans and marching.

The Samyukta Kisan Morcha and Kisan Sangharsh Coordination Committee, two organizations associated with farmers, have said that by Friday evening, about 50 thousand farmers will be standing on the Delhi border.

Noida ,Metro will not go to Gurugram

As a precaution in Delhi, the operation of metro services for Noida and Gurugram adjacent to Delhi will be affected on Friday.

According to Delhi Metro Rail Corporation, this decision has been taken keeping in mind the suggestion of Delhi Police.

It has been told that this decision will continue till the next order. On Thursday, metro services were stopped till NCR.

Talking to news agency ANI, the country’s agriculture minister Narendra Singh Tomar has said that “the new law was the need of the hour”. This law will bring revolutionary changes in the lives of farmers.

There is confusion among the peasant brothers of Punjab, to clear the matter which is going on at the secretary level, I also talked to the farmers organizations and if the solution is not resolved then the next discussion is held on December 3, he added.

He added that The solution to anything comes out of the conversation, so the government is ready to talk and I want to tell the farmers to postpone their agitation. ”