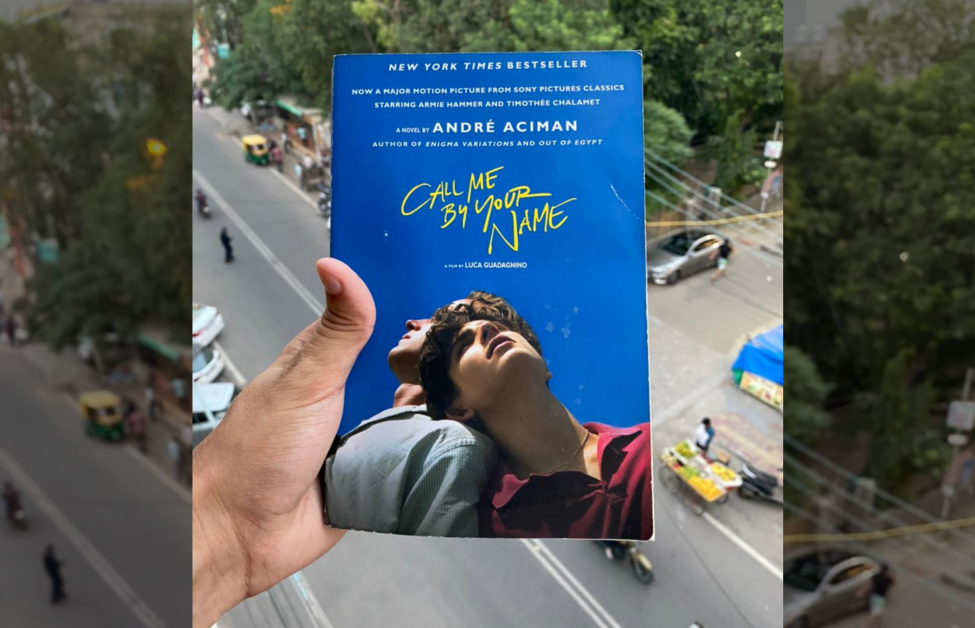 The book, summer & myself: Was it a summer fling?

As summer was picking up in late March of 2021, sitting on a corner seat of The All American Diner, I started reading ‘Call me by your name.’ ‘Later’, that’s how the book starts. The author invests two pages to elaborate the possible casualness of that word, and how it means farewell in a disinterested manner, from Elio point of view. Who is Elio? One of the two protagonists. Our narrator.

Buy This Book on Amazon

The book never backs out from being a highly expressive-erotic coming of age literature. 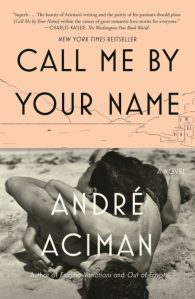 The book Call me by your name, written by André Aciman, centres around the kindling love story between precocious Elio– a 17-year old curious, and intellectual boy, and Oliver– a 24-year old visiting summer assistant to Elio’s father– in the 1980s of Italy. Yes, the location and season are very important. The author has used Italy’s summer as an expression of desire, and passion. Hence, it becomes a story of Elio and Oliver’s desire for each other. Majorly, the book focuses on Elio’s desire for Oliver.

The story takes exactly two pages and gets straight to the point: desire. To me, it is not love. What Elio feels/felt for Oliver was/is desire, passion, want in its purest form. For Elio, all these feelings aren’t functional in this real world. The feelings have transcended through these words on the pages of the book into a universe of their own. There were numerous times where I gasped for air, and said ‘AH, BEAUTIFUL’. Then picked my pencil, and marked those lines in parentheses. I had never read a single piece of literature that expressed passion and desire for someone else in such rawness, without filters. I was in awe of the expression of desire. Every page was filled with obsessive love from a distance. The book never backs out from being a highly expressive-erotic coming of age literature.

As it was brought to my notice, the book revolves around Plato’s Symposium which says, ‘according to Greek mythology, humans were originally created with four arms, four legs and a head with two faces. Fearing their power, Zeus split them into two separate parts, condemning them to spend their lives in search of their other halves. And when one of them meets the other half, the actual half of himself, whether he be a lover of youth or a lover of another sort, the pair are lost in an amazement of love and friendship and intimacy and one will not be out of the other’s sight, as I may say, even for a moment…” That’s just a fancier way of saying soulmates. Now the title of the book makes so much more sense and displays yearning or want.

The involvement of Plato’s philosophy as the core theme of the book is fairly nuanced as the book has a lot of references to paintings–Monet’s Berm–, sculptures, museums, poetries, philosophers, etc. For example, Elio’s father– a professor- talks about how a lot of sculptures and statues ‘dare to desire them’, through their curves. Oliver’s research thesis and Elio’s avid interest in philosophy makes them talk about Heraclitus, and Heidegger many more. Being well-versed in Greek mythology would surely be a great advantage while reading this book.

Look out for the last paragraph. It feels like the poetry of sadness, heartbreak, and longing even when the person is right beside you.

Me and ‘Call me by your name!’

I am not a fan of reading popular literature. And, if there is a movie based on the book, I either watch the film or read the book. Preferably the book. If it was on me, I would have never picked up this book. I hated the book by the title itself. So cringeworthy!

Before the book, I had seen the film. There was so much hype around the film and Timothee Chalamet, the new heartthrob. I remember watching the film and was underwhelmed by it. Let’s say, wasn’t crazy about it. Year later, while scrolling through Instagram, I saw a post that talked about how the book ‘Call me by your name’ glorified paedophilia. Here I was reading about the book again, this time with disgust. I didn’t know how to assess that post because I haven’t read the book and desires, who has ever understood them. People were sharing that post on their stories, and affirming to that belief that it indeed glorified paedophilia. As all such debates diminish with time, this one did too.

And years later, my friends randomly chooses to read ‘Call me by your name’, and falls in the love with the book. Then she insists that I should read it too. For reasons better known to the past Rajeev, I said yes. Since the first page, I have changed my perception of popular literature, and now I actively look to read them. Once, I was done with the book a lot of other references from life started to made sense to me. Eventually, the title started to make so much sense to me. The last paragraph of the book is so overwhelmingly amazeballs. Beautiful indeed.

The film was third in the series by director Luca Guadagnino to present Italy as a country of desire, and love. “I Am Love” (2009) and “A Bigger Splash” (2015) being the other two. The director, to me, captured the nuances of Italy’s everyday life in its naturalistic texture and beauty. The movie was full not so subtle colours, with less vibrance & saturation, blending into each other beautifully. Possibly, it was one of the few films where I could notice the usage of colours other than the Wes Anderson cinema.

The music by Sufian Stevens is something to look out for in the film. It is so beautifully used and compliments the narrative so well. Surprisingly, the movie is written by 92-year old James Ivory. For which he won the Academy Award for Best Adapted Screenplay. That devastating ending was the highlights of my first-time watch of the film. The camera pulls into a close-up of Elio’s face (Timothee), the orangish-yellow colour of the flame light up a side of his face, and then tears wreak you. Such vulnerability.

Coincidently, I was reading this during the scorching summers of Delhi. Sometimes, I fail to understand was it love or just a summer fling. Italy’s summer, orchid, references to desire, and statues, the uncertainty of want, makes it more like a love that you know is nothing more than just a short-term quest. Like a work of passion. I don’t know for what reasons, but they are. The desires are more directly associated with lust, than love. Whatever persisted between Elio, and Oliver can be just a summer fling. Would I like to believe that? No, never.

PS: During my research to write, and understanding André Aciman, I read a few of his other works about loss, exile, etc. The reader might wanna try them as well. He has had an interesting time exploration such emotions and starts an interesting conversation in the reader’s mind.