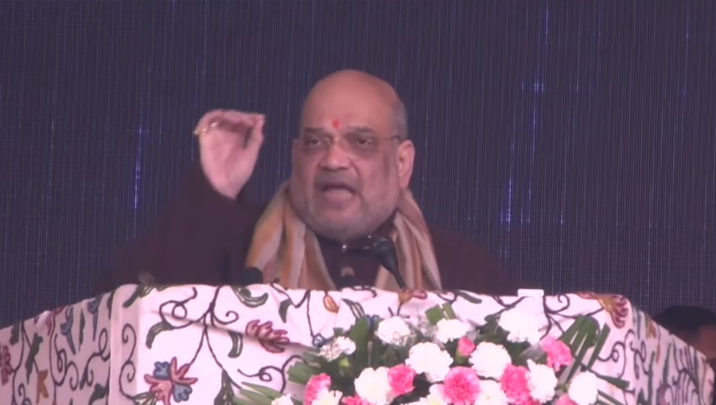 Elections in Jammu and Kashmir

Virtually releasing India’s first “District Good Governance Index”, he said that Jammu and Kashmir is a priority for Prime Minister Narendra Modi and multiple efforts are being made for the comprehensive development of the union territory.

Shah said that some people want to create confusion in the minds of the people in the valley and he wants to ask everyone not to fall for him. He said that democracy has reached the lowest level of society after the implementation of the Panchayati raj system and that is why some people are worried. He said that Jammu and Kashmir can only develop through democracy, and people can be happy and youth can get jobs through democracy as well.

Development of Jammu and Kashmir

”I want to appeal to everyone, especially the youths to ask these people some questions. Those who are saying that the valley’s land will be usurped, they should be asked whose land has been taken away so far. By spreading such lies, they are trying to put a barrier in the development of Jammu and Kashmir.

”Those who were saying that violence will increase, they should be asked whether violence has gone up or reduced. They had said no investment will come, but the fact is that already Rs 12,000 crore investment has come. Tourists arrivals have also gone up and Jammu and Kashmir is marching towards development,” he said.

The Home Minister said that until August 2019, when Article 370 was repealed, Jammu and Kashmir elected 87 MLAs and 6 MPs and only three families ruled the old state.

The Home Minister said that some political parties felt hurt by the implementation of the Panchayati raj system and these people have said that the law and order situation has deteriorated after the repeal of article 370.

Some people have even gone so far as to say that until Article 370 is restored, law and order in Jammu and Kashmir can never be good, he said.

“I want to tell everyone that there has been a 40% reduction in terrorism-related incidents and a 57% reduction in deaths since section 370 was repealed. This shows that peace has no connection to change. Peace has a connection with administration. When people have good management, people get involved with management,” he said.