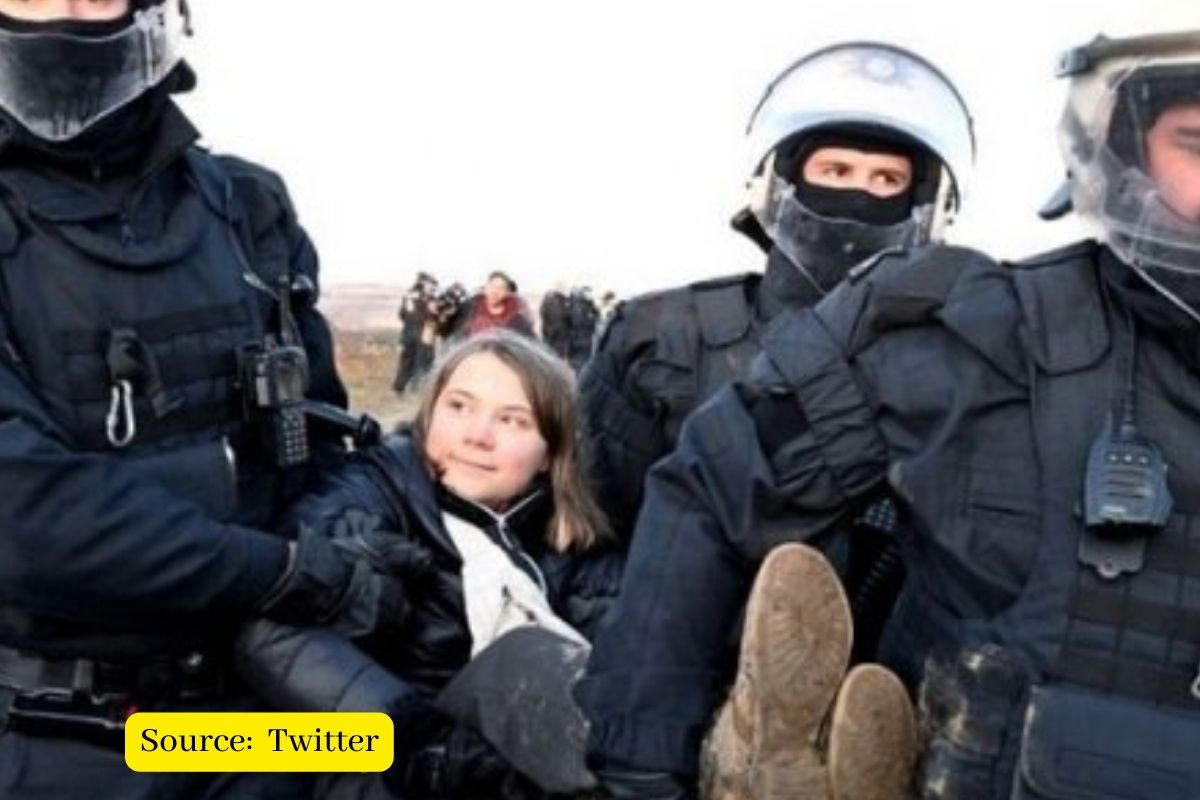 The young environmental activist Greta Thunberg has been detained by the German Police while participating in a protest against the demolition of the town of Lützerath, to which hundreds of people have come for several days to prevent the expansion of a coal mine into the sky opened.

Around 70 protesters have sat on the edge of the Garzweiler coal mine to which the Police have responded by first surrounding them and then holding them back. Among them was Thunberg, who joined the protests on Saturday.

The mobilization this Tuesday has begun in the neighbouring town of Keyenberg, where Thunberg has been seen. The demonstrators have separated from this first protest and have headed towards Lützerath and the open-cast mine, at which time the clashes with the agents began, reports the newspaper ‘Die Welt‘.

The town of Lützerath, in western Germany and long abandoned by its inhabitants, was still occupied until this Sunday afternoon by a small number of activists opposed to the expansion of coal exploitation in the area by the company RWE Energy.

According to The Guardian, a police spokesman said: “Greta Thunberg was part of a group of activists who ran towards the ledge. However, she was later detained and taken by us with this group out of the immediate danger area to establish her identity.

The Swedish climate activist spoke in front of the around 6,000 protesters who marched on Lutzerath on Saturday, calling the mine expansion a “betrayal of present and future generations”.

The climate crisis as a backdrop

This episode has as its background the climatic crisis of historical and civilizational characteristics that plagues the planet, a product of global warming caused by the burning of fossil fuels, deforestation and changes in land use promoted by the commodification of nature and the capitalist irrationality.

While the 2015 Paris Agreement establishes the imperative need to cut carbon dioxide emissions in half by 2030 and to zero by 2050 just to prevent global temperatures from exceeding 1.5 degrees Celsius – which would have even greater consequences catastrophic for the planet and, above all, for the working majority of the world – emissions are only growing.

Within this framework, the war in Ukraine and the crisis over gas from Russia have been used by different governments to produce even more fossil fuel. This is the case of Germany, which, far from the decarbonization objectives that it had set, is promoting coal mines like the one that threatens to engulf the town of Lutzerath.

With this, the “greens”, who for decades used climate flags to promote the business of the energy transition of “green capitalism”, expose the interests that guide their politics. Not those of the planet but those of capitalism.

Although there are possibilities to stop the climate crisis, this implies questioning capitalism itself and its way of producing energy, transportation, food, etc. Central to this is the intervention of the working class with an anti-capitalist and socialist program to impose a planned transition from below.