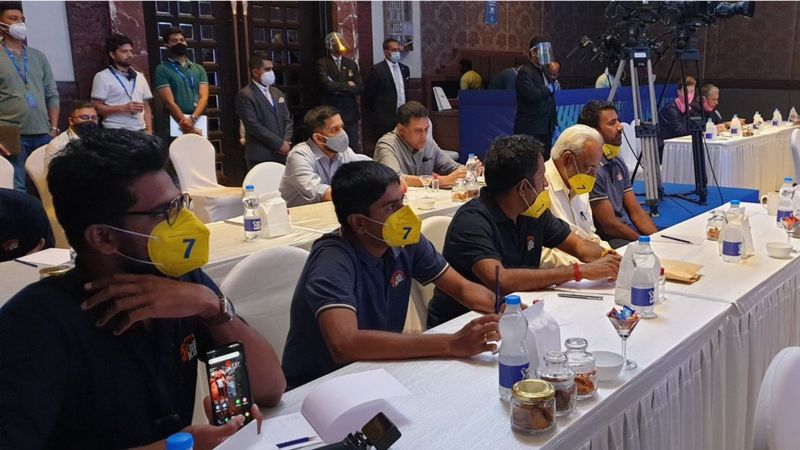 Auction of players has started for the Indian Premier League, India’s T20 cricket competition. This auction is going on in Chennai, in which a total of 61 players will be bid.

Glenn Maxwell is the most expensive seller after him. His base price was kept at two crore rupees. He has been bought by Royal Challengers Bangalore for 14.25 crores.

At the same time, Delhi Smith bought Steve Smith for 2.2 crores. He was followed by Evi Lewis. His base price was one crore rupees, but no one bought him.

Aaron Finch, whose initial price was kept at one crore rupees, could not grab the attention of any team. They also did not sell. After this, Hanuma Vihari got a bid and nobody bought him.

The biggest bid in IPL history is for Chris Morris. Rajasthan Royals bought Chris Morris for a bid of Rs 16.25 crore. The bid for the South African all-rounder started at Rs 75 lakh, but after that he made history.

First Mumbai Indians and Royal Challengers competed in Bengaluru. After 10.75 crores, Rajasthan Royals joined the competition and bought Chris Morris in a record bid. Before him, a bid of Rs 16 crore was made for Yuvraj Singh.