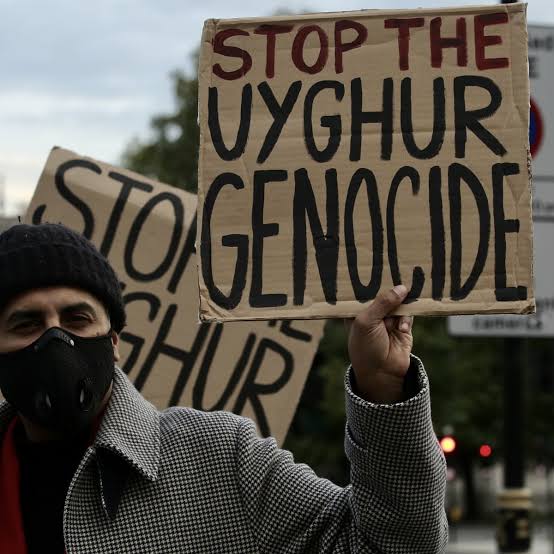 A formal legal opinion published in Britain, based on ‘highly credible’ evidence, it has been revealed that the Chinese government is massacring the Uyghur muslims.

This legal opinion states that there are evidences of the administration’s decision that shows the intention of destroying the Muslim minority on a large scale in the northwestern part of the Chinese government.

In detention centers, many types of punishments have been set to harm the migrants. These include preventing Uyghur women from giving birth to children, including sterilization, abortions, and even forcing the children of the Uyghur community to live forcibly with another community.

The report also says that there are many ‘credible cases’ that directly hold Chinese President Xi Jinping responsible for this crime against humanity. Xi Jingping’s involvement in this case to target the Uyghur Muslims emphasizes the case of ‘possible’ genocide against them.

The report says, “Based on the evidence that has been observed, we have come to the conclusion that what is happening in Xinjiang against the Uyghur people by the Chinese government is a crime against humanity, a genocide.

The opinion has been created through the Global Legal Action Network, the World Uyghur Congress and the Uyghur Human Rights Project, but no financial support has been given for this.

The Global Legal Action Network is a human rights group focused on the legal issues of various countries.

The Chinese Embassy in London accused the West and anti-Chinese powers of fabricating ‘lies’ about Xi Jingping.

The 100-page document has been prepared by senior advocates of the Essex Court Chambers in London, including the name of Alison McDonald QC. This is the first formal legal assessment prepared in Britain on activities in Xinjiang, China.

This opinion is important because if a new law is agreed in the Parliament, which opens the way for a hearing in the High Court on the massacre case, then this document will be used by British judges in the legal process.