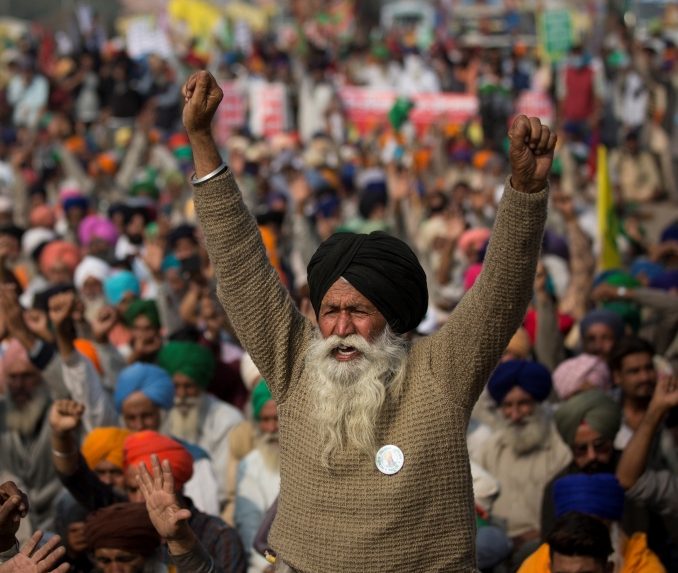 Union Minister Narendra Singh Tomar has appealed to the farmers’ organizations to reconsider the proposal a day after the farmers rejected the amendment proposal of the Modi government.

Farmers of Haryana-Punjab-Uttar Pradesh have been demonstrating for the last 16 days on the border of Delhi. A large number of farmers are stuck on the Singhu border of Delhi-Haryana. Farmers’ organizations have asked the government that if agriculture is the issue of state governments, then how did the central government pass the related laws?

In response to this, Union Minister Narendra Singh Tomar said on Thursday, “The Central Government has made this law for the whole country and the farmers have benefited from it.” According to The Farmers Produce Trade and Commerce (Promotion and Facilitation), 2020 law, farmers can sell their produce outside the mandis notified by the APMC ie Agriculture Produce Market Committee without paying taxes to other states.

The second law is – Farmers (Empowerment and Protection) Agreement on Price Assurance and Farm Service Act, 2020. According to this, farmers can do contract farming and market it directly. The third law is – Essential Commodities (Amendment) Act, 2020. In this, apart from production, storage, sale of grains, pulses, edible oil, onions have been deregulated except in exceptional circumstances.

The government argues that with the new law, farmers will get more options and there will be good competition on the price. In addition, private investment in agricultural markets, processing and infrastructure will be encouraged. Whereas the farmers feel that their existing protection will also be lost by the new law.