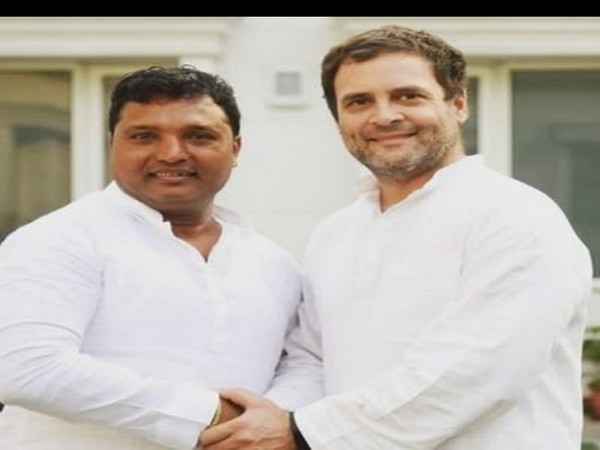 New Delhi: The oxygen cylinder for an octogenarian patient in Kalkaji is running out. The patient gasps for air and a helpless relative puts out an SOS tweet tagging multiple people among them @srinivasiyc (BV Srinivas). A series of communication over DMs and Whatsapp follow and a few hours later one of the 100 field team members from the youth congress reaches the family house to deliver a 10-liter oxygen cylinder. This is just one of Delhi’s gasping Covid patients who received assistance from BV Srinivas- who has emerged as one of the good Samaritans trying to help thousands of people during the explosive 2nd Covid wave across India.

“In the beginning, people started tagging me on Twitter but now a large chunk of pleas for help are being received on the phone which constantly keeps buzzing,” the 41-year –old India Youth Congress wing head states while being busy getting oxygen cylinders filled in an industrial area of the national capital on Friday afternoon.

With a record number of cases, India has become the epicenter of the global pandemic. As the cases rose exponentially and the administrative structure collapsed, the cries for help have rapidly gone up too. “We have so far received around 90,000 requests for help. We are getting 8-9000 requests every day so the team has also expanded. Unfortunately, the crisis is so massive that we can’t help everyone,” he added. Srinivas claims that more than 30,000 people have been provided assistance so far free of cost.

He says the situation in Delhi is especially grim. “Earlier people were seeking help to procure medicine or plasma but now it is mostly oxygen oxygen oxygen. Even hospitals are running out of oxygen. There its total breakdown,” he added. Now the youth congress head works with 1000 workers all over Delhi to coordinate relief efforts-100 out of them are based in Delhi. “We have called 300 people from other states to donate plasma in Delhi. I keep receiving calls until till3:00am in the morning. We manage to barely catch 4-5 hours of sleep and it starts all over again,” he said.

41-year-old Srinivas was an NSUI member in Bengaluru when he was made IYC interim chief in 2019. He was appointed regular IYC president by Congress 6 months back but the current crisis during the Covid-19 wave has propelled him as a key good Samaritan during this crisis.