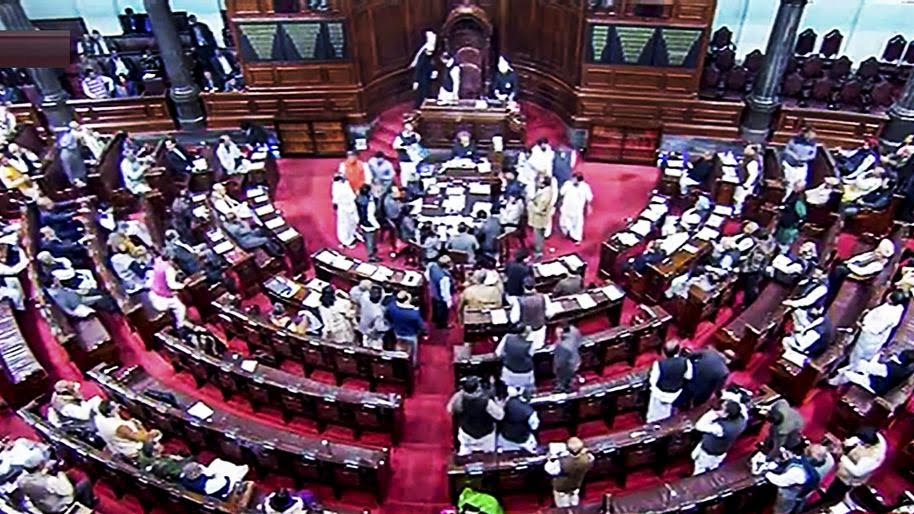 Chowdhary, citing a New York Times report, wrote that the Modi government had bought Pegasus spyware from the Israeli group NSO in July 2017. In July last year, on the subject of Pegasus, the IT Minister had said in Parliament that there can be no unauthorized surveillance.

On Monday, the budget session will formally kick off with President Ram Nath Kovind’s address to the joint session of Rajya Sabha and Lok Sabha.

In this, we will talk about budget allocation in different departments. After this, the second phase of the budget session will run from March 14 to April 8. Today, i.e. Monday, Finance Minister Nirmala Sitharaman will present the 2021-22 Economic Survey and the General Budget will be presented on Tuesday.

After this, the discussion of the motion of thanks for the President’s speech will begin in both chambers of the house. According to the statement issued by the Lok Sabha Secretariat, the government set February 2, 3, 4 and 7 for the discussion of the Motion of Appreciation. After this, the Prime Minister will give his response on the Motion of Thanks. The motion of thanks is expected to be discussed in both the Rajya Sabha and the Lok Sabha.

The main opposition Congress has announced that it will reach out to like-minded parties and deal with various cases of hate speech, including alleged Chinese infiltration, the sale of Air India, compensation to relatives of those killed in the Covid-19 pandemic. Ask for help to get up.

The last monsoon season was stalled due to the Pegasus espionage case. Now this time it will also come with other issues. In the Pegasus case, on Saturday, Rahul Gandhi tweeted attacking the Modi government.

In his tweet, Rahul Gandhi wrote: “The Modi government bought Pegasus to spy on the main institutions of our democracy, politicians and the public. By tapping the phone, the ruling party, the opposition, the military and the judiciary have been attacked.” This is treason. The Modi government has committed sedition.”

P Chidambaram, who was Finance Minister in Manmohan Singh’s government, tweeted about the Pegasus case, saying: “PM said this is the best time to set new goals in India-Israel relations.

Of course, this is the best time to ask Israel if they have upgraded versions of Pegasus spyware. The last deal was made for two billion dollars. India can do better this time. If we get more advanced spyware before the 2024 election, we can even give them $4 billion.

P Chidambaram said in the following tweet: “Minister VK Singh called the ‘New York Times’ ‘Supari Media’. VK Singh was not among those who called the Indian media ‘prostitutes.’ New York Times or the Washington Post. I doubt they know the role of these two newspapers in the uncovering of the ‘Watergate scandal’ and the ‘Pentagon Papers’? If you don’t want to read history, you can at least watch movies.

As the election campaign continues in Uttar Pradesh, Uttarakhand, Punjab, Goa and Manipur, the Parliament’s budget session begins. Voting in these five states begins on February 10 and will continue until March 7.