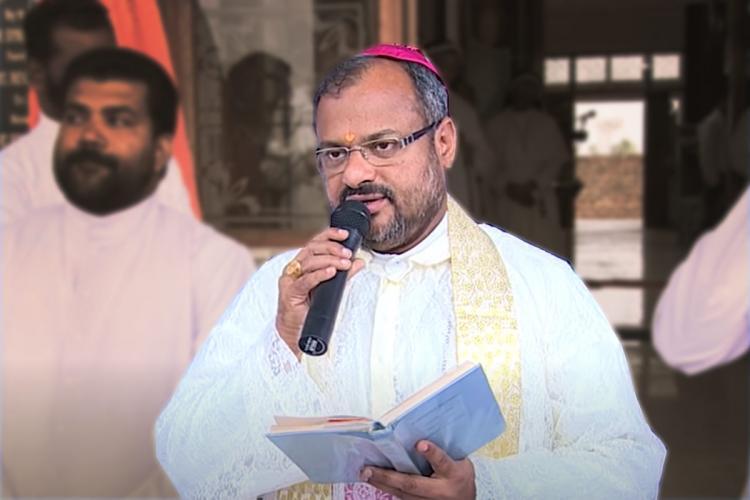 Ground Report | New Delhi: Bishop Franco Mulakkal Acquittal; A court in Kerala on Friday acquitted Roman Catholic Bishop Franco Mulakkal of charges of raping a nun at a convent in the state, citing various reasons, including inconsistent versions of the victim and the prosecution’s case and there was a lack of evidence to do so.

Mulakkal, 57, was accused of raping a nun several times between 2014 and 2016 during her visit to a convent in Kottayam district when he was the bishop of the Jalandhar diocese of the Roman Catholic Church. The complainant is a member of the Missionaries of Jesus, a diocesan congregation under the Diocese of Jalandhar.

On Friday, a trial court in Kerala’s Kottayam city found him not guilty of the charges. Kottayam Additional Sessions Judge (ASJ) G Gopakumar said, “The prosecution failed to prove all the charges against the accused.”

The judgment further stated that the prosecution failed to provide proper information.

The explanation for incompatible versions. “Apart from the testimony of the victim, there is no substantive evidence to substantiate the prosecution’s case. The police could not seize the mobile phone used by the victim, which would have given some input to the alleged obscene messages sent by the accused. The explanation given for the non-production of the phone is completely unsatisfactory,” the order read.

“This is a case in which grain and husk are inextricably mixed. It is impossible to separate the grain from the husk. The victim’s version contains exaggerations and embellishments. He has made every effort to hide some of the facts.”

June 27: Police in Kottayam register an FIR against Bishop Franco Mulakkal of Jalandhar, based on the allegation of Missionaries of Jesus Sister that Mulakkal committed rape and sodomy 13 times at his Kuravilangad convent from 2014 to 2016.

September 8: Five sisters in a congregation of nuns begin a sit-in protest at Vanchi (Boat) Chowk near Kerala High Court in Kochi, alleging police inaction in the matter.

September 20: The Vatican accepts Bishop Franco Mulakkal’s request to be temporarily relieved of his religious duties.

September 21: Mulakkal is arrested by Kottayam police for raping the missionaries of Jesus Nun and a court remands him to judicial custody in Palai.

October 15: Kerala High Court grants bail to Mulakkal in the nun rape case. The court ordered him to meet the investigating officer regularly.

March 16: Kottayam district court dismisses Mulakkal’s plea to quash the rape case against him. Mulakkal’s counsel had filed the petition on January 25, 2020.

June 16: The defense team appeals to the Kerala High Court to set aside the district court’s refusal to dismiss the case. The defense’s appeal is dismissed again, this time at the state level.

July 13: In Kottayam, Kerala, District Judge G. Gopakumar issued an arrest warrant without bail against Mulakkal, who did not appear 14 times for trial proceedings in the rape case.

August 5: Supreme Court rejects Mulakkal’s appeal to quash the rape case against him.

September 16: Testimony in the nun rape case begins at the Additional District and Sessions Court in Kottayam, Kerala, after print and electronic media are barred from publishing cases related to the closed proceedings. On that day, the accused appeared in the court as the first witness in the case.*

October 1: Cardinal George Alenchery, head of the Syro-Malabar Church, appears as one of 84 witnesses at the Additional District and Sessions Court in Kottayam.

November 12: The Kerala High Court orders the transfer of the judge hearing the nun rape case. This triggers widespread condemnation and he is quickly reinstated as a trial judge.

January 10: Kottayam district court sets January 14 as the date for delivering its verdict.