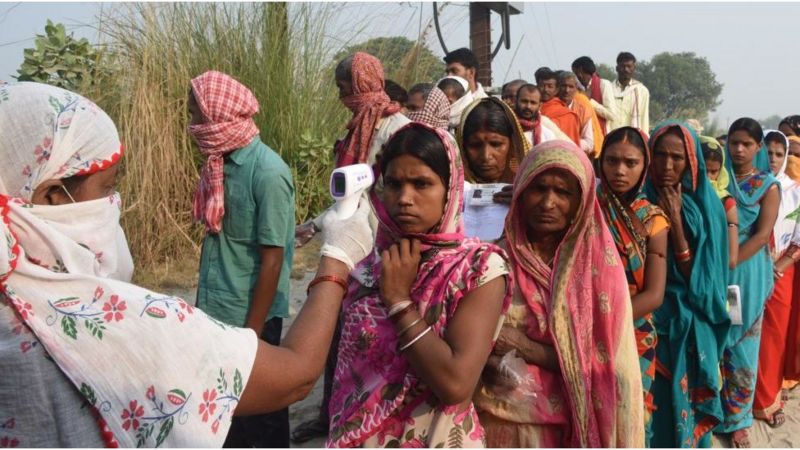 Voting was held for the third and final phase in Bihar on November 7, in which polling was held in 78 seats in 16 districts. It consists mainly of the areas of Seemanchal and Mithilanchal.

With this, the voting of the Bihar elections to be held in three phases was completed. The results will come on 10 November.

In the first phase elections held on November 28, 55.68 percent and in the second phase on November 3, 55.70 percent voting was done.

According to Chandra Bhushan Kumar of the Election Commission, “56.66 percent polling was done in the 2015 assembly elections, the figure which will come this year will be respectable in the context of covid-19”.

About half of the Muslim population of Bihar lives in the assembly segments of this third phase.

But this phase was also special because in many of the seats here, the competition was not between the two main parties or triangular, but triangular.

In the third phase, Rashtriya Lok Samata Party of Upendra Kushwaha, AIMIM of Asaduddin Owaisi, BSP of Mayawati and Jan Adhikar Party of former MP Pappu Yadav were also in the competition.

In the year 2015, out of these 78 seats, 54 seats were won by Janata Dal United, Rashtriya Janata Dal and Congress alliance. At the same time, BJP, LJP, RLSP and Jeetan Ram Manjhi’s Hindustan Awam Morcha were part of the NDA which won 24 seats. But in this, BJP got the maximum 19 seats.

This time there is no JDU in the grand alliance and LJP did not contest elections with NDA.

At the same time, RJD had fielded 46 seats and Congress 25 seats.