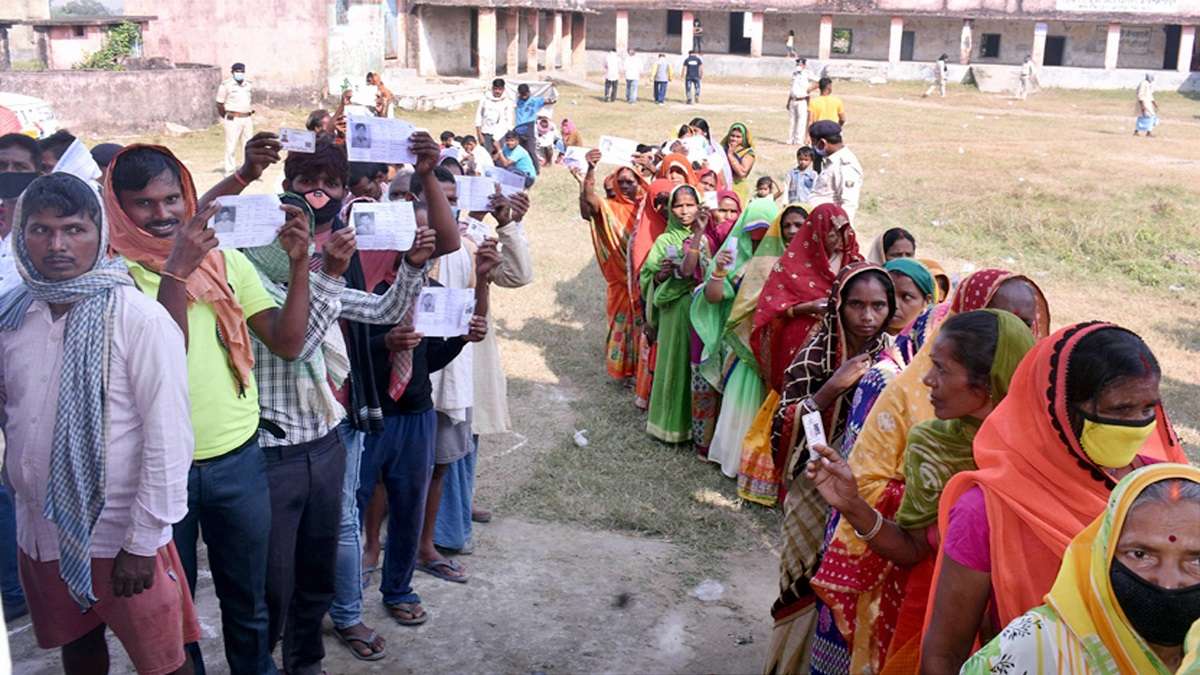 In the second phase of Bihar assembly elections, voting is going on in 94 seats on Tuesday. Polling will be held in these seats of 17 districts from 7 am to 6 pm.

Polling for more than half the seats in the 243-seat Bihar assembly will be held on Tuesday. Bihar has a total of 1,463 candidates in the second phase of voting.

In Bihar, the fate of the chief ministerial candidate of opposition Tejashwi Yadav, his elder brother Tej Pratap Yadav and many other important leaders is to be decided by the second phase of voting. The first phase of voting in the 243-seat Bihar assembly was held on October 28 in 71 seats.

In the second phase, about 2.86 crore voters will use their franchise. Apart from Bihar, voting is going on for the by-elections in 54 seats in 10 other states as well as the covid-19 epidemic.

On the other hand, Madhya Pradesh has a total of 28 seats. If Shivraj Singh Chauhan manages to win eight seats, then his government will succeed in securing a majority or else it will have to be ousted from power.

Apart from this, there are seven seats in Uttar Pradesh, eight in Gujarat, one in Chhattisgarh, one in Haryana, two in Jharkhand, two in Karnataka, two in Nagaland, two in Odisha and one seat in Telangana.

The voting times in Chhattisgarh, Jharkhand and Nagaland are different due to weather and security reasons. Voters who are covid-19 positive will have to vote separately in the last hours.

Voting is going on today in Nalanda, the home district of Chief Minister Nitish Kumar.