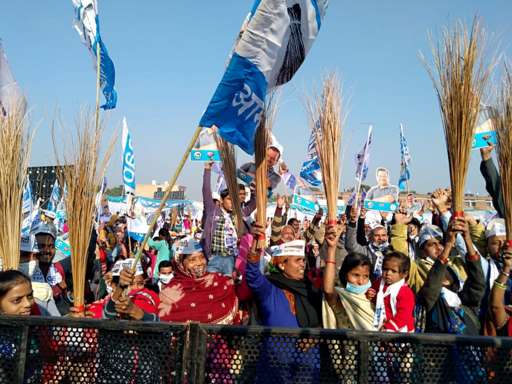 Ground Report | New Delhi: Chandigarh Municipal elections; In the municipal elections in Chandigarh, the Aam Aadmi Party has performed well in the initial results. According to the latest trends, AAP has won four wards so far. So far three seats have come in BJP’s account and two seats in Congress’s account.

The current mayor of BJP of Chandigarh, Ravikant Sharma has lost the election. He was defeated by the AAP candidate. Polling was held on Friday for 35 wards of Chandigarh Municipality and the counting of votes is going on today.

The local election is being considered politically important in view of the upcoming assembly elections in Punjab.

Delhi Deputy Chief Minister and senior Aam Aadmi Party leader Manish Sisodia said, “AAP is contesting here for the first time and as per the latest trends, people of Chandigarh have given us a grand welcome.”

AAP’s Raghav Chadha said, “Chandigarh election is the trailer, Punjab will be the full film. Chandigarh’s mood is Punjab’s mood.”

BJP’s Chandigarh spokesperson Naresh Arora said, “Only the final result will show which party’s vote base has shifted to AAP as BJP voters never change their allegiance.”

In the last municipal elections, BJP had won 20 seats. Its then ally Shiromani Akali Dal won one seat. Congress had only four seats in its account. In the 2016 elections, the municipality had 26 seats, which has now increased to 35.