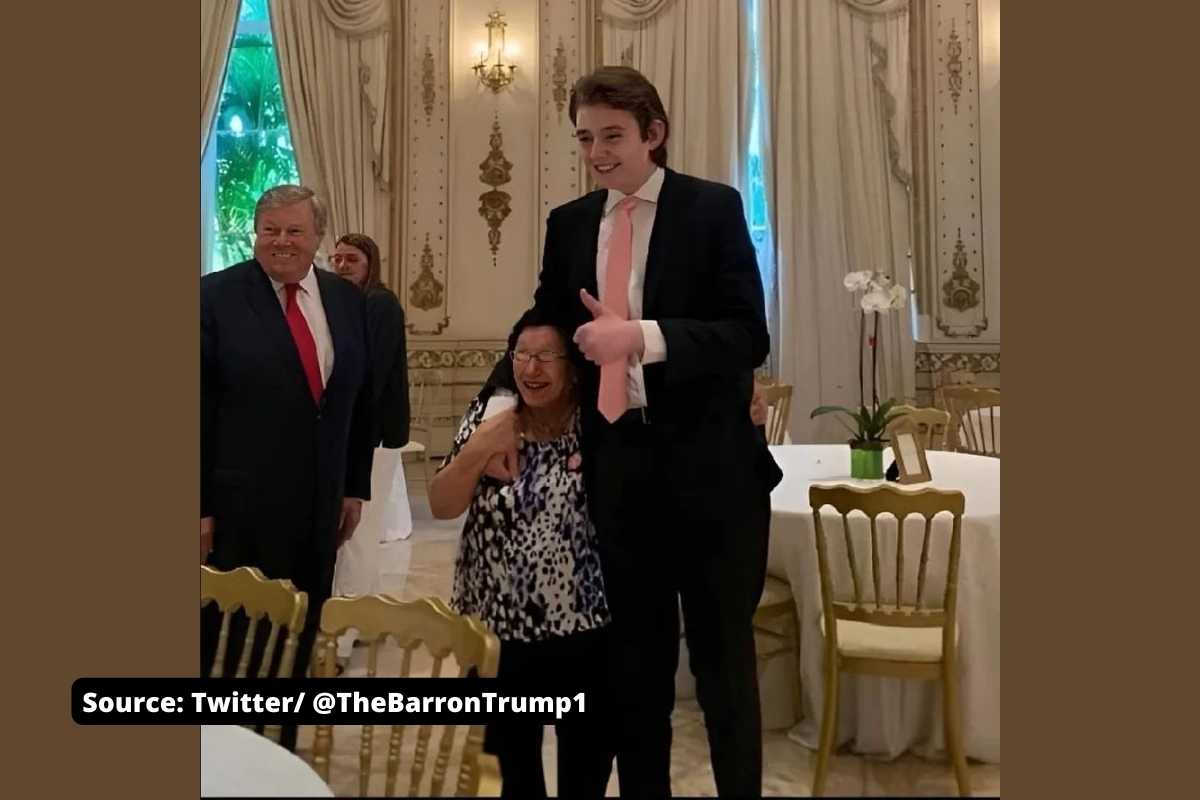 Donald Trump’s youngest son Baron Trump remains a topic of discussion on social media. A photo of him is viral on Twitter, in which everyone is surprised to see his height. Now everyone is searching about Barron Trump’s Height.

It is believed that the height of Baron Trump is more than that of his father Donald Trump. Baron Trump is 4 inches taller than his father and his height is 6 feet 7 inches. On Twitter, people are commenting on Baron’s height. Let’s know some interesting things about Donald Trump’s youngest son Barron.

Donald Trump and Melania were married in January 2005 in Palm Beach, Florida. Trump had been married twice before. Melania is his third wife. Baron Trump is the son of Melania and Donald Trump. Baron was born on 20 March 2006.

It is believed that Baron Trump is very opinionated and admires his father. Donald Trump and his sons look a lot alike, and when it comes to height, he has even left his father behind. According to Melania Trump, Baron has a lot of interest in sports. A Twitter user wrote that Baron could make a good career in NBA as his height is 6,7 inches.

Baron Trump said on his father’s presidential campaign that you were very tough. Although all his children were seen together during Trump’s campaign, Barron was seen away from this campaign. It was believed that he was deliberately kept away from politics and cameras.

In the year 2021, Baron appeared publicly when he shifted to Florida with his father and mother. Here he took admitted to Oxbridge Academy School. Its one-year fee is $34,880. Here Secret Service agents are present all the time for the Baron.

In July 2021, a picture of Trump Melania, and Barron went viral in New York where Barron Trump was seen taller than Donald Trump. Since then, Baron Trump has been the subject of discussion.

3 thoughts on “Why everyone is making fun of Barron Trump’s height on twitter?”