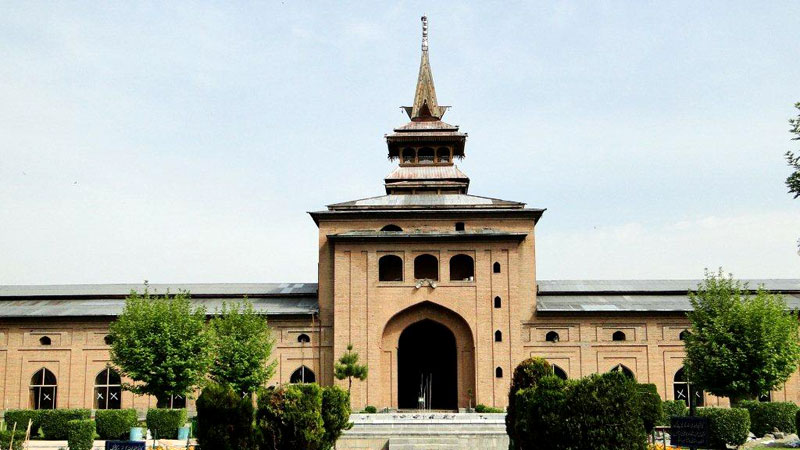 He further said in recent few years often closing down of this historic mosque for Friday prayers is a grim issue. He hoped that as the Global pandemic of Coronavirus is coming down the Friday prayers would be soon restored in Jamia Mosque.

Syed Irfan Hashmi, JK Awami Aawaz Party General Secretary stated:” Jamia Masjid, the historic 14th-century religious place is the only major place of worship in the valley closed for congregational prayers and we are hopeful prayers would be soon restored there. “

JK Awami Awaz Party reaffirmed that people of Jammu and Kashmir are perplexed over the fact that all the places of worship, mosques, Temples, Churches, shrines, imam bargahs and khanqahs in Jammu and Kashmir are open for prayers, but only Jamia Masjid Srinagar continues to be selectively banned and restricted from holding Friday prayers, which is unfortunate.

Also Read:  Who was Vijay Kumar got killed in Kashmir?

Anjuman Auqaf Jama Masjid Srinagar said in a statement that despite repeated appeals to the authorities to allow Friday prayers and release of Mirwaiz, the forcible closure of Jama Masjid and the continued house detention of Mirwaiz e Kashmir reflects a bigoted mindset of those ruling Jammu and Kashmir, devoid of humanity and justice.

Anjuman appeals to all people and religious institutions to ask the authorities in J&K to relent, and allow Friday prayers to be held in Jama Masjid Srinagar and release Mirwaiz e Kashmir.