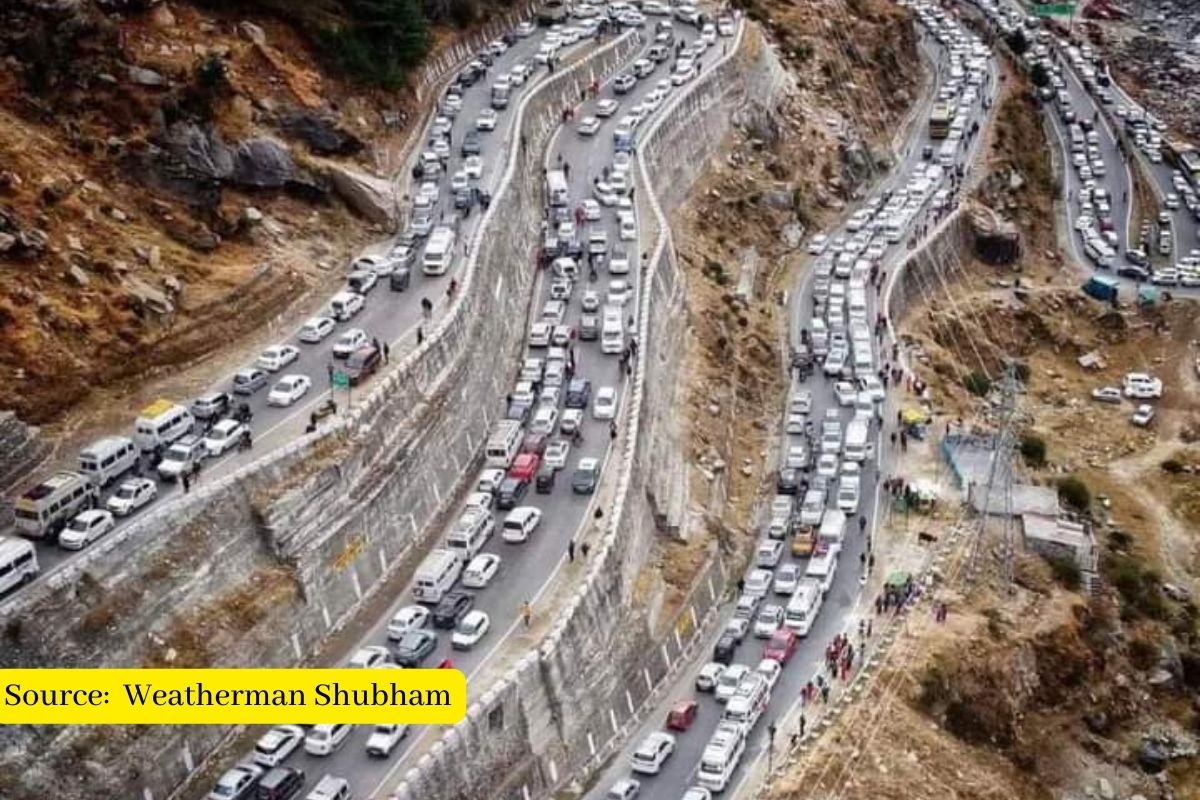 Tourists and common commuters had to face the problem of long jams on the Manali National Highway (NH). Around a thousand vehicles have entered Manali. With most of the tourists coming in their own vehicles, the-Atal Tunnel road was choked with traffic jams.

Long queues of vehicles were seen at Atal Tunnel as people thronged the snow-clad area ahead of New Year celebrations.

Weatherman Shubham Tweeted a picture and wrote “Time of the year when 99% of the population is in Manali Joke apart, there is huge traffic congestion at Manali towards the Atal Tunnel stretch Follow all traffic rules”.

The Himachal Pradesh state police authorities have issued necessary guidelines and directed the SPs and other district police officers to make adequate arrangements for the convenience of tourists visiting the state.

“As usual, on the occasion of Christmas day function and eve of New Year, a large number of tourists from all across the country are expected to visit the famous tourist destinations in Himachal Pradesh like Shimla, Manali, Kasol, Dharamshala, Dalhousie, and Atal Tunnel, etc,” Himachal Police said in a statement on Sunday.

District Superintendents have been directed to appoint a ‘Gazetted Officer’ as a daily duty officer in their respective districts and make his name and contact details available on the website and display on the LED screen of the district police.

“For any assistance Emergency contact helpline No. is 112. Himachal Pradesh Police is fully committed and always ready for the safety and security of the tourists and general public as well,” the police statement added.