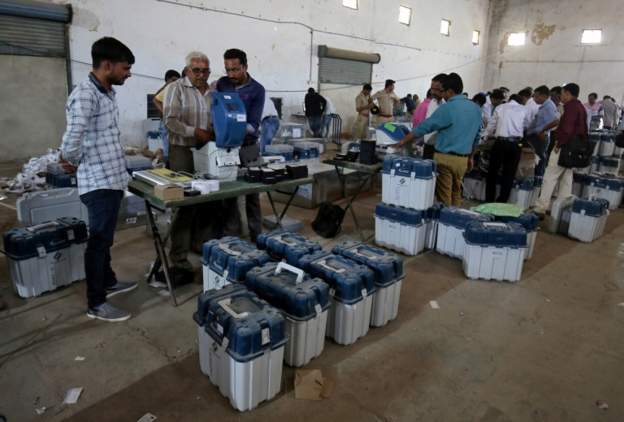 The first phase of voting has begun on March 27, 30 seats in five districts of West Bengal and 47 out of 126 assembly seats in Assam. Electoral arrangements have been made in both states amid heavy security.

In the first phase, some high-profile seats in Assam, such as Majuli, Gohpur, Jorhat and Nazira seats are going to be voted.

Assam Chief Minister Sarbananda Sonowal is in the fray from Majuli. On the other hand, Assam Assembly Speaker Hitendra Nath Goswami is contesting from Jorhat, among the ministers Ranjit Dattajonai, Naba Kumar Daly and Sanjay Kishan from Tinsukia are trying their luck in the first phase.

ALSO READ: Indira Gandhi’s Contribution To Formation Of Bangladesh Will Not Be Forgotten: PM Modi

Other high-profile candidates include Congress Legislature Party leader Devavrata Saikia, who is contesting from the Nazira seat.

According to the Election Commission, 264 candidates from Assam are in the electoral fray, including 23 women in the first phase. For this, 81 lakh voters of 12 districts of Assam will vote today.

Voting is going on today in some sensitive areas of West Bengal, including the areas controlled by Maoists. In view of this, the Election Commission of India has deployed 732 companies of central security forces in these areas.

The 30 seats in West Bengal which are going to vote today include 13 seats in East and West Medinapur, including 9 seats of Purulia, 4 seats of Bankura and 4 seats of Jhargram.

According to the Election Commission, polling will be held from 7 am to 6:30 pm.

A day before voting in Assam, former Prime Minister Manmohan Singh released a video message, in which he said that society is being divided on the basis of religious, cultural and language.

He asked the people to choose a government that could uphold the Constitution and the principle of democracy. He assured the voters of Assam that the Citizenship Amendment Act (CAA) would not be applicable in the state if the Congress came to power.

Manmohan Singh, who has represented Assam in the Rajya Sabha for 28 years, made a passionate appeal to vote for the Congress and said that Assam is his second home. He is grateful to the people of the state that he gave him the opportunity to serve as Finance Minister for five years and Prime Minister of India for 10 years.