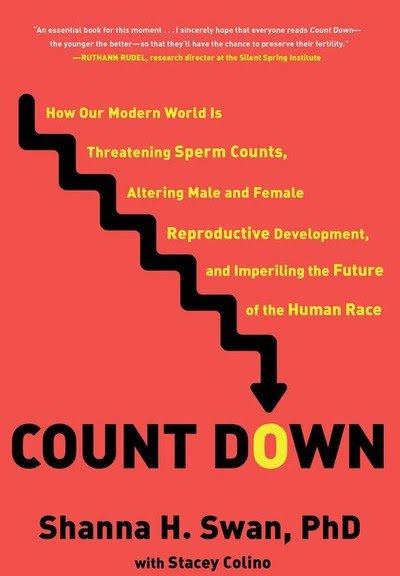 Environmental scientist Dr. Shanna Swan has warned in her new book, Countdown, that human penises shrink and deform due to pollution.

The cause of the shrinkage, which Swan says is an existential crisis facing humanity due to declining fertility rates, is due to the presence of phthalates commonly found in manufactured plastics.

Phthalate esters impact the human genitals by altering the hormone-producing endocrine system and, as a result, have led to the birth of more baby boys with small penises.

Swan based her research on the study of phthalate syndrome in rats, in which exposure of fetuses to the chemical increased the likelihood of the rat being born with shrunken genitals.

His book, titled Count Down, examines “how our modern world threatens sperm count, impairs male and female reproductive development, and jeopardizes the future of the human race.”

Dr. Swan’s research began by examining phthalate syndrome, something observed in rats that found that when fetuses were exposed to the chemical, they were likely to be born with shrunken genitals.

She found that male human babies who had been exposed to phthalates in the womb had a shorter anogenital distance – which correlated with penile size.

The chemical has industrial use to make plastics more flexible, but Dr Swan says it is transmitted in toys and food and subsequently harms human development.

Phthalates mimic the hormone estrogen and thus disrupt the natural production of hormones in the human body, which researchers have linked to interference in sexual development in infants and behaviors in adults.

Dr Swan, who is professor of environmental medicine and public health at Mount Sinai Hospital in New York City, based his work on a series of peer-reviewed research studies.

ALSO READ: Hint Of Cricket Series Between Pakistan And India

A study published in 2017 found that semen levels in men in Western countries fell by more than 50% over the past four decades after examining 185 studies of nearly 45,000 healthy men.

Dr Swan believes the rapidly declining fertility rate means that most men will be unable to produce viable sperm by 2045.