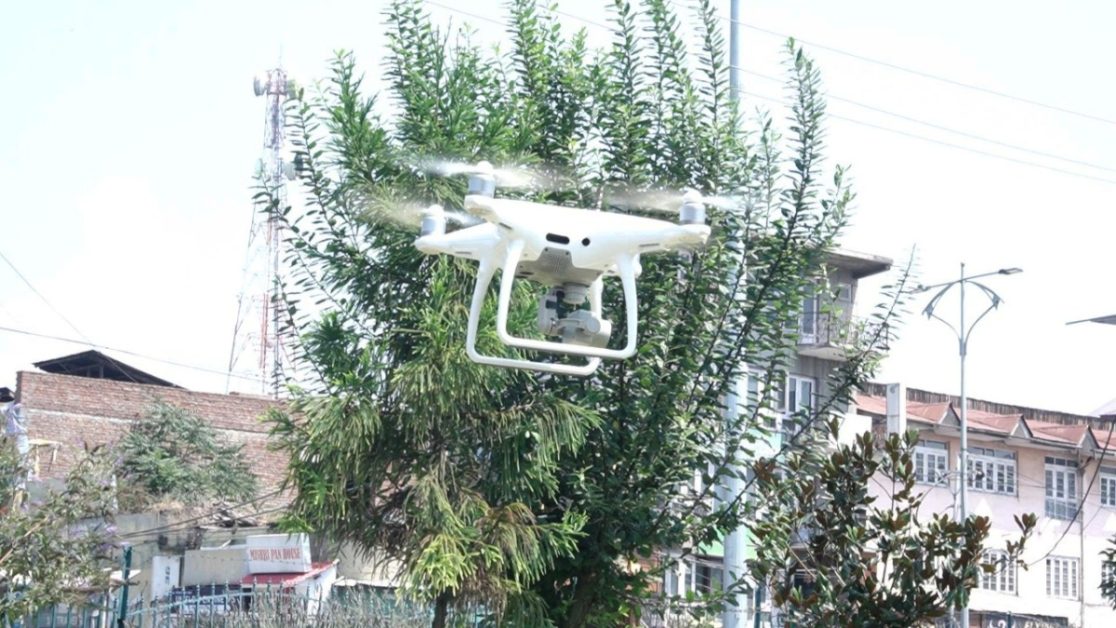 Ground Report | New Delhi: minority community in Kashmir; The Jammu and Kashmir Police and the Central Reserve Police Force (CRPF) have jointly put in place an “aerial surveillance cover” for areas where members of the minority community are residing and the city center Lal Chowk has also been sealed to prevent further attacks by militants.

Ahead of Shah’s visit on Friday, police, and CRPF conducted a drone test in the Pratap Park area of ​​Srinagar. Talking to reporters, CRPF (Operations) Deputy Inspector General (Operations) John Matthews said that CRPF along with police has tested drones that will be used for aerial surveillance of areas where members of minority communities are residing.

The CRPF DIG said, “This step has been taken in view of the recent attacks on minority community members and non-local labourers.” He said that aerial surveillance will also be done in Lal Chowk and its surrounding areas.

The CRPF official said that to keep a close watch on the suspects in Lal Chowk, additional check-posts have been put up jointly by the police and the CRPF round the clock.

John Mathews said, “It is not foolproof. But, we are protecting the area to the best of our ability. We are coordinating with the Jammu and Kashmir Police.” CCTV surveillance, sharpshooters and snipers have been deployed across the city. The bunkers have been shifted strategically at some places.

In addition, the men in civilian clothes will monitor the movement across Srinagar to track down terrorists and overground workers. At least 10 companies of CRPF have been deployed in Srinagar and 15 teams of BSF from Delhi.

Earlier, Inspector General of Police, Kashmir, Vijay Kumar said that the impounding of bikes and internet disconnection of some towers had nothing to do with Union Home Minister Amit Shah’s proposed visit to Jammu and Kashmir.

Police have seized around 900 bikes as part of security measures taken by security forces in the wake of the killings of civilians in Kashmir. Reports coming in from some parts of the Valley suggest that internet services have been snapped.

However, IGP Kashmir said in a tweet: “Seizure of some bikes and internet shutdown of some towers is purely related to #militant #violence. Its Hon’ble Hm Nothing to do with the tour.