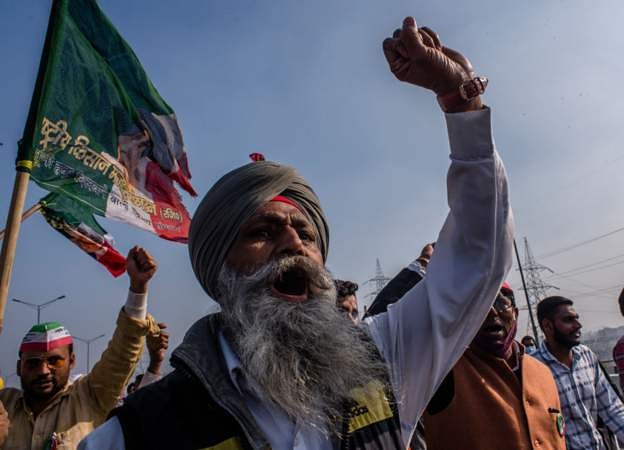 A 38-year-old farmer from Punjab died near the picket site on the ticking border. According to news agency PTI Shingara Singh, leader of the Bharatiya Kisan Union (Ekta Ugrahan), said that the deceased Jai Singh was a resident of Tungwali village in Bathinda district. He and his brother were involved in farmers’ protests along the Haryana-Delhi border.

Jai Singh was found dead on Thursday morning. An official of Bahadurgarh in Haryana said that the cause of death of the farmer is being ascertained.

Jai Singh’s brother fears that he has suffered a heart attack. His body has been sent to Bahadurgarh Civil Hospital in Jhajhar district.

Shingara Singh has demanded a compensation of 10 lakh and government job to the family of the deceased.

According to Shingara Singh, so far 20 farmers have died in farmer protests. Most of them are from Punjab.

A large number of farmers are protesting against the boundaries of Delhi against the new agricultural laws. The farmers have been sitting on a dharna since 26th of November and after several level talks between the farmer and the central government, no consensus has been reached.

24 farmers have died over the last three weeks during the ongoing protests at the Singhu and Tikri borders and in road accidents en route to these venues from Punjab and Haryana, farmer leaders have said.

President of Bharatiya Kisan Union (Siddhpur) Jagjit Singh said, “Since this movement started on 26 November, on an average one farmer has died every day. We will pay tribute to all the farmers who were martyred during this period on December 20 in all villages of the country. When their names and pictures reach the villages, more people will come forward to join our struggle. ”

Bharatiya Kisan Sangh (Tikait) general secretary Yudhveer Singh Sehrawat said, “We elected the Prime Minister and gave him the power to speak and in the last 20 days till now he has not said anything for us.”