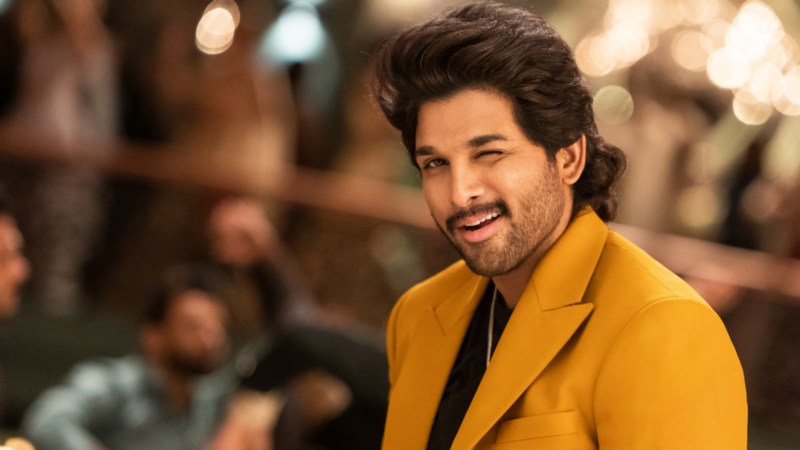 Ala Vaikunthapurramuloo is the highest-grossing South Indian film of this year (so far) Ala Vaikunthapurramuloo is a Telugu action-drama, starring Allu Arjun and Pooja Hegde in the lead roles, and Tabu, Jayaram, Sushanth, Navdeep, Nivetha Pethuraj, Samuthirakani, Murali Sharma and Rajendra Prasad in pivotal roles. The plot revolves around Bantu (Played by Arjun), who’s actually a wealthy businessman’s son, but was switched at birth. When he uncovers this truth; he seeks to build a relationship with his real father. There are many twists and turns in his tale that spellbind you.

A fun entertainer!
Ala Vaikunthapurramuloo is set in the soft-tinted, beautifully framed, pastel hued cotton-candy-land that Trivikram Srinivas builds. The evil-doers here are left to their own devices, in hope that karma will get to them. And when that doesn’t work, they’re of course beaten up black and blue, but in style. The film sets up a lot of characters and ends up showcasing scenarios that are completely implausible. But the film’s biggest strength is that you buy it all, even if Trivikram, yet again, tells the tale of a man who wants to help a family he cares about.

This Trivikram Srinivas and Allu Arjun film hits the right notes
Ultimately, it’s Allu Arjun’s show and he goes all out. The scene where he discovers a truth and the confrontation that follows is among the film’s best segments. He and Murali Sharma (he’s so good that you’ll hate him) have quite a few run-ins as well.

P S Vinod’s cinematography and the chic styling work to the advantage of the film.

Once a key revelation is made, the story takes a familiar route but still manages to charm with subtle nuances. Can a mother accept someone who turns out to be better than her son? When a son doesn’t yearn for wealth or identity, why does he step up and fight the battles? It answers such questions and more.