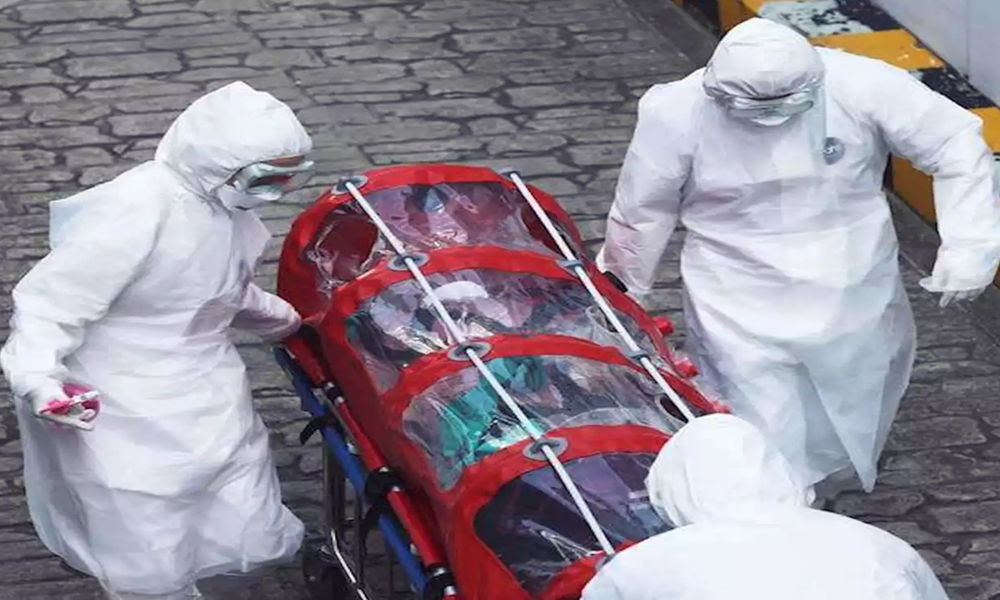 The capital is going through a hard time in the Coronavirus pandemic. There are a total of 36,824 confirmed coronavirus cases — 22,212 active cases and 1,214 deaths — in Delhi, according to data from the Union health ministry.

The Supreme Court asked the Delhi government to explain why its COVID-19 testing had dipped from 7,000 to 5,000. On the other hand, equally affected cities such as Chennai and Mumbai had increased their testing from 16,000 to 17,000.

“We ask the State to ensure nobody is denied testing on technical reasons. Simplify the procedure, so more and more can test. It is the duty of the State to conduct testing, so more people know their health status,” a Bench led by Justice Ashok Bhushan told the Delhi government.

It is clearly evident that Kejriwal’s government has failed abysmally to tackle coronavirus crisis effectively and instead it lead to hard time Delhi is facing this time. Earlier it was accused of under reporting of cases and mismanagement by the BJP. Later the testing stopped at many places and people were dying in the process of getting referred from hospital to hospital.

Media and even people on social media showed the pathetic condition of shelter homes and medical institutions in delhi.

Delhi government tried to show that they have been doing so much for the migrant workers, serving them food, shelter and everything but there was not even sanitation or sleeping facilities. When everyone was busy thrashing Delhi’s mismanagement the apex court took the suo motu cognisance on treatment meted out to COVID-19 patients and the bodies of those who lost the battle with the disease.

“The reports show horrific scenes from Delhi and Uttar Pradesh in COVID-19 dedicated hospitals. The deplorable conditions of wards, the pathetic condition of patients. They are seen in wards with dead bodies in lobby and greeting areas. There is no oxygen or saline drip support. There is no one to attend the patients… The condition of a government hospital in Delhi with 200 beds is that only 17 beds are occupied… Patients are unable to get themselves admitted…” Justice Bhushan remarked.

The hard time in Delhi left with the poor condition of treatment, no due care or concern was shown to the guidelines related to the disposal of bodies and relatives were not even informed for several days of the deaths of patients.

New Delhi’s regional government has been accused of under-reporting coronavirus deaths as the country eases its strict lockdown in an attempt to kick-start the economy. Senior doctors and hospital executives at five of the 15 New Delhi hospitals treating Covid-19 cases said many more patients were dying than official figures suggested. According to the Financial Times, “Five hospitals suffered at least 577 confirmed coronavirus fatalities as of June 1. In the hard time in Delhi, the toll rose to 654 when suspected cases — those patients who showed symptoms but died without testing — were also included.” The figures from these five hospitals alone exceeded the state government’s official tally of 523 deaths across the entire New Delhi national capital territory up until June 1. This shows some malpractice done to present a better image of the horrible condition.

The Kejriwal government on Friday said it accepts with utmost respect and sincerity the Supreme Court’s observations and it was trying its best to set up better infrastructure and provide quality healthcare to all Covid-19 patients. Seeing to this condition Delhi Lieutenant Governor Anil Baijal on Friday constituted an expert advisory committee which includes ICMR Director General Balram Bhargava to suggest effective steps to deal with Covid-19. The LG order said that the committee will advice the Delhi Disaster Management Authority and make “recommendations on different aspects of management of Covid-19”.