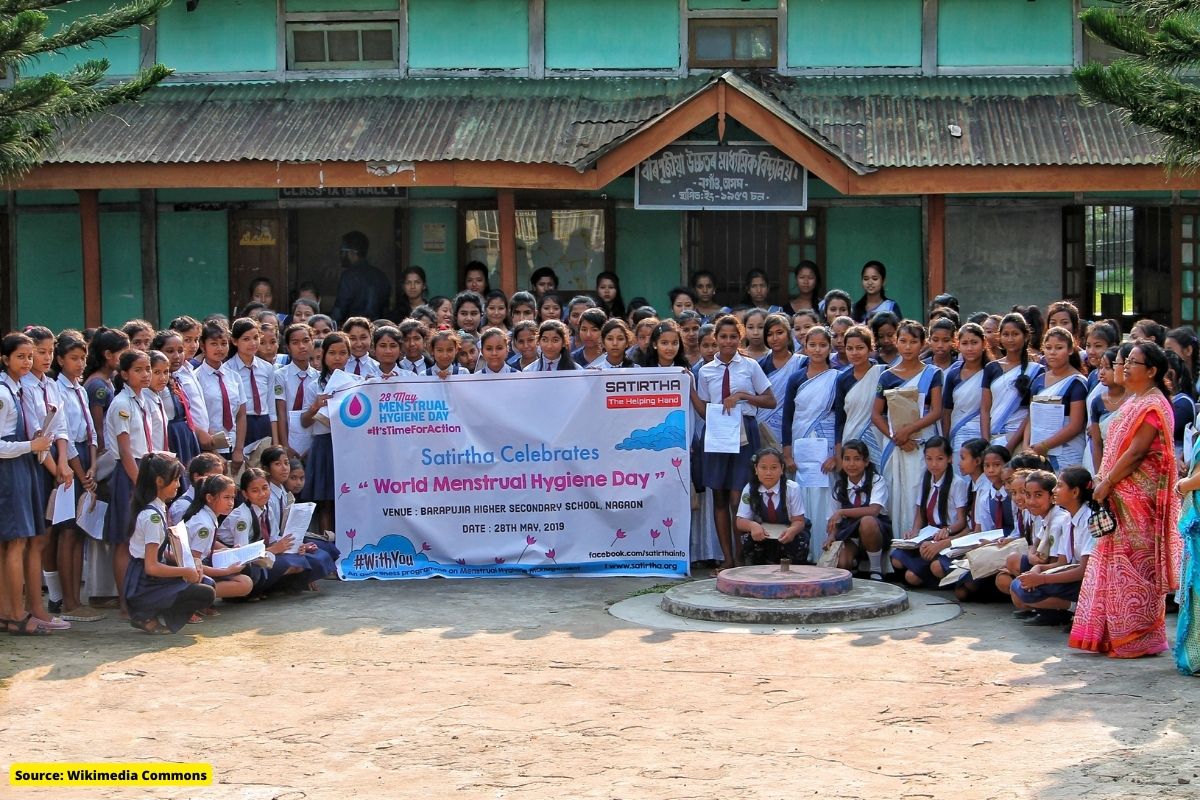 Every day, more than 300 million women worldwide menstruate, in total, an estimated 500 million women worldwide do not have access to specific hygiene products and proper menstrual hygiene products (MHM). Every year on May 28, the United Nations and various NGOs try to cover this issue by celebrating the International Day of Menstrual Hygiene. Goal? A world where no one will be left behind because by 2030 they are menstruating.

According to the Joint Program of the World Health Organization (WHO) and UNICEF, proper menstrual hygiene occurs when “women and adolescents use clean menstrual control material to absorb or collect menstrual blood, which you can change privately so often. . when needed, they use soap and water to wash their bodies as needed, and they have access to safe and convenient means so you can dispose of used materials to control your menstrual cycle. They understand the basics of the menstrual cycle and how to manage it with dignity and without discomfort or fear. “

Lack of menstrual hygiene, also called menstrual poverty, is a type of deficiency that threatens the well-being and empowerment of women and adolescents. Several studies have shown that their health and lives are also at risk due to lack of water. In February 2022, experts warned about the situation in the Journal of Global Health Reports and pointed out that menstrual hygiene is everyone’s business.

“In both developed and developing countries, governments, decision-makers and educators need to take menstrual hygiene more seriously. Awareness of the menstrual cycle should improve in general, “they said.

Nor is it a problem of limited size: almost half of the world’s population does not have access to adequate sanitation. According to UNICEF, about 23 million girls in India drop out of school each year due to a lack of safe and hygienic menstrual control, including access to WASH and a lack of awareness about menstruation. In the same country, of the 355 million women and adolescents who are menstruating, 12% cannot afford menstrual products.

According to UNICEF in 2022, at least 1 in 10 rural women and girls did not have a private place to wash and change their clothes during their last period. This added to the lack of access to hygiene products that would allow them to cope with the period and thus avoid dropping out of school.

Despite all these arguments, menstrual hygiene is not a one-sided problem: the only way to end stigma is to provide women and adolescents with WASH, hygiene products and education. According to a World Bank study called Rising Tide, Water and Gender, education should include men, as it is the only way to end the stigma and shame surrounding menstruation.

According to the latest analysis, restrictions on participation in school, work and social activities during menstruation differed by geographical, socio-economic and individual characteristics. Stigma and lack of access to menstrual hygiene were common factors among those with restraint. Many girls also did not know about menstruation before the first cycle, which can affect their perception and understanding of menstruation.