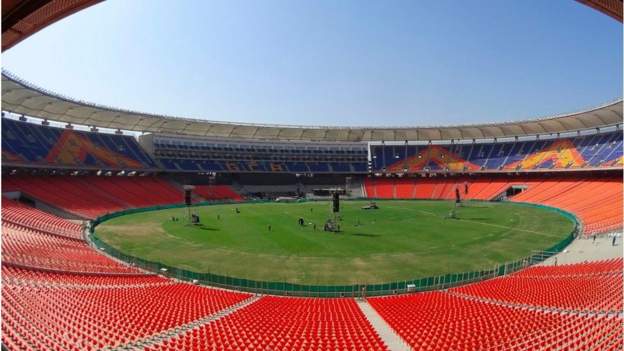 ALSO READ: Hindu Woman Can Give Her Property To Father’s Family

The third match of the four-Test Test series will be played between India and England in Motera from Wednesday.

The Sardar Patel Stadium, spread over 63 acres, has four doors. It has several dressing rooms, indoor practice pitch, outdoor pitch as well as a dormitory where 40 athletes can stay.

The stadium has special arrangements for coaches, physiotherapists and trainers.

This stadium, built for about eight billion rupees, has also been built by the same company who made the 182-meter tall statue of Sardar Ballabhbhai Patel.

Matches will no longer be cancelled due to rain in Motera, as the sub-soil drainage system is built here in such a way that the ground will dry up in 30 minutes. After about 6 years an international match will be played in Motera. No international matches have been played here since 2014.

Like Loading...
previousHindu woman can give her property to father’s family
nextIncreasing cases of corona in five states
Tags:Cricket stadiumnarendra modi