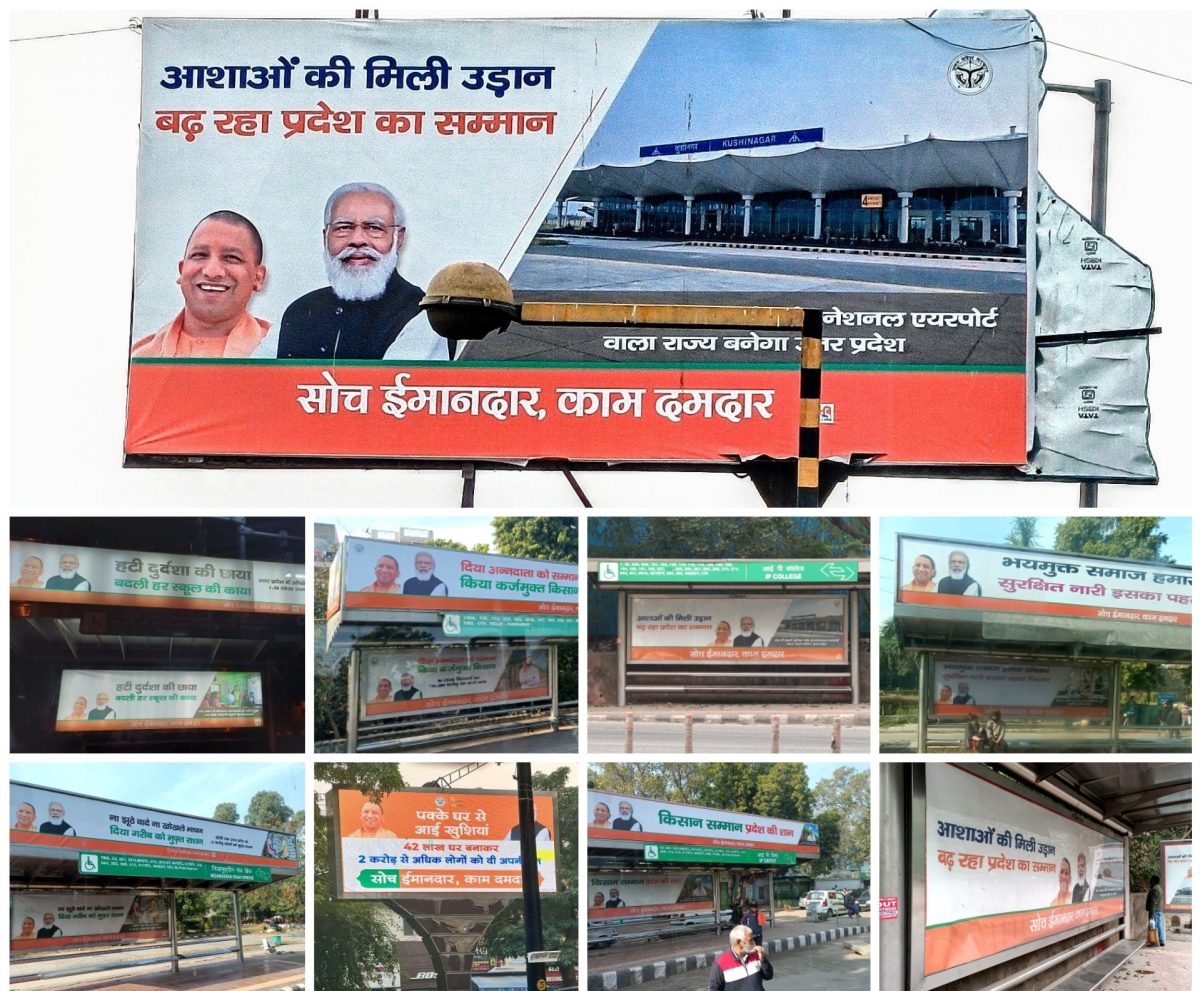 Ground Report | New Delhi: How much money UP govt spend on advertisement; The Chief Minister of Uttar PradeshYogi Adityanath came under harsh criticism for wasting taxpayers’ money on advertising in Delhi.

The Official Twitter handle of the Aam Aadmi Party wrote “Yogi AD-ityanath UP people are spending billions of taxes on their advertisements in Delhi. 850 billboards have been put up in total while BJP has MLA in single digits and 0 seats in the partial elections of the MCD “.

APP said “The Municipal Corporation of Delhi under the BJP is the most corrupt civic body in the world. All the money of these corporations goes into the pockets of BJP leaders. As far as spending money on advertisements is concerned, there will be advertisemnets of BJP leaders all over Delhi.”

How much money UP govt spend on advertisement

Uttar Pradesh under Yogi Adityanath has been wasting advertisements and publicity. Ads have taken off in print, on television, and on outdoor billboards. The UP Information Department, these bureaucrats note, has a “negligible” allocation of 555.47 million rupees, of which 410.08 million rupees is for advertisements and advertising in 2021. An additional Rs 100 crore have been added to the supplementary budget.

In a recent RTI response to Lucknow journalist Umashankar Dubey, the state government confirmed that between April 2020 and March 2021, 160.31 crore was paid to television news channels for advertisements only.

How much money AAP spend on Advt.

The Arvind Kejriwal-led Aam Aadmi Party government in Delhi has spent Rs 293 crore on advertising in TV channels, newspapers and radio during the pandemic year 2020-21. This is Rs 93.2 crore more than the expenditure spent in 2019-20.

This increase translates into a compound annual increase of 50% each year, which is 26 times more than what Congress spent on advertising in 2012-13.

The Arvind Kejriwal-led Delhi government has spent Rs 150 crore from January 2021 to March 2021 on advertisements and promotions through various mediums.

Why spending taxpayers money on brand building by govt. is wrong

Taxpayers’ money is something that is the life force of the government. The government runs through taxes, despite the fact that they can print money. Advertisement expenses are only to inform the public about the features of welfare schemes and facilities and not to glorify any politician. It is illegal.

There is an urgent need for an addendum to the Indian Penal Code against political parties using government funds to glorify their leaders and parties. Advertisements should not contain the name/image of any politician or his party.