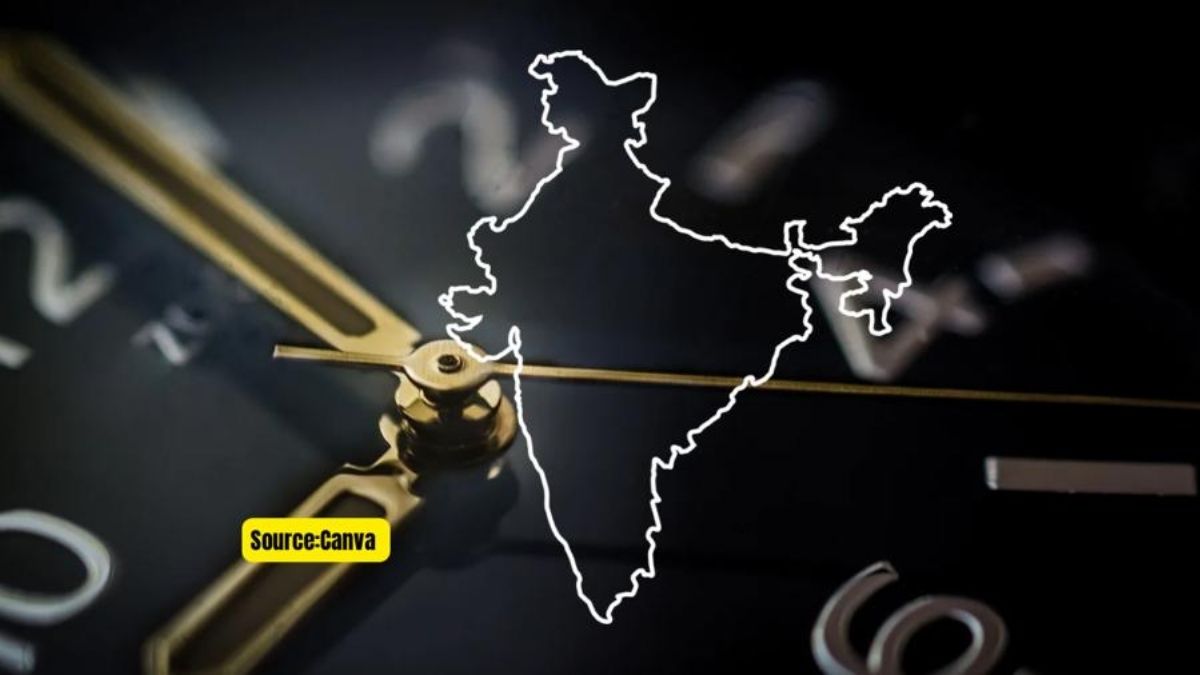 Or is New Delhi trying to be like China in terms of time zones? China also has only one-time zone, and people in the westernmost province of Xinjiang often complain about the sunset around midnight during the summer months.

The reason for the demand is the loss of daylight and excessive use of electricity. The distance from east to west India is 2933 kilometers, which is equivalent to a two-hour time difference. In the northeast, during the summer solstice, sunrise occurs at 4:15 am and in winter – from 16:00 to 17:00.

The Timezone has always been in conflict because of the Northeast region of India. The Northeast States like Assam, Meghalaya, Nagaland, Arunachal Pradesh, Manipur, and Tripura run one hour ahead from IST to the rest of other Indian regions.

What is Time Zone?

In simple words, it means the local time of a region or a country. Earth’s spherical shape is divided into 360 vertical lines so the shift in every line gives a time difference of 4 minutes and the planet is divided into 24 time zones.

There are some regions with higher latitudes that use Daylight Saving Time (DST) for the whole year, by adding one hour to local time during Summer and Spring.

It’s not a new subject, the demand for a separate time zone for India’s Northeastern states for a very long time. The idea has come up in several Parliament sessions since 2002. This time Assam Chief Minister Himanta Biswa Sharma raise the issue. He said that change in the timezone for the Northeast region will boost efficiency and save energy.

The reason for demanding a Separate time zone due to loss of daylight hours and excess electricity usage. The distance between India’s east to west is 2,933 kilometers which is equivalent to a two-hour time difference.

As the sun rises early in the morning and sets by four in the evening, people of the region lose most of their daytime hours. Dong is in the Lohit district of Arunachal Pradesh bordering Assam, where the sun rises first in India which is nearly two hours before dawn at Guhar moti in Gujarat, the westernmost part of the country. Because of this, the time for offices and schools may be lost during many daylight hours.

A study by the Bengaluru-based National Institute of Advanced Studies suggested that a change in timezone for the northeastern region could help in saving 2.7 billion units of electricity every year.

Why Government is refusing?

The government is, again and again, refusing a Separate Timezone Bill because it could create a division between the northeast and the rest of India, experts said. It could lead to misuse to divide the country.

Apart from that, it could also create chaos in air and rail travel. Intelligence agencies also believe that separate time zones encourage extremists, to seek severance in the region.

Are countries having different time zones?

Some countries follow the Daylight Saving Time (DST) like North and South America, Africa, etc., by setting their clocks one hour ahead of the standard time in summer and winter for the better utilization of daylight hours. If the idea can save time, money, and electricity, then the government should consider it. (Northeast demand separate timezone)