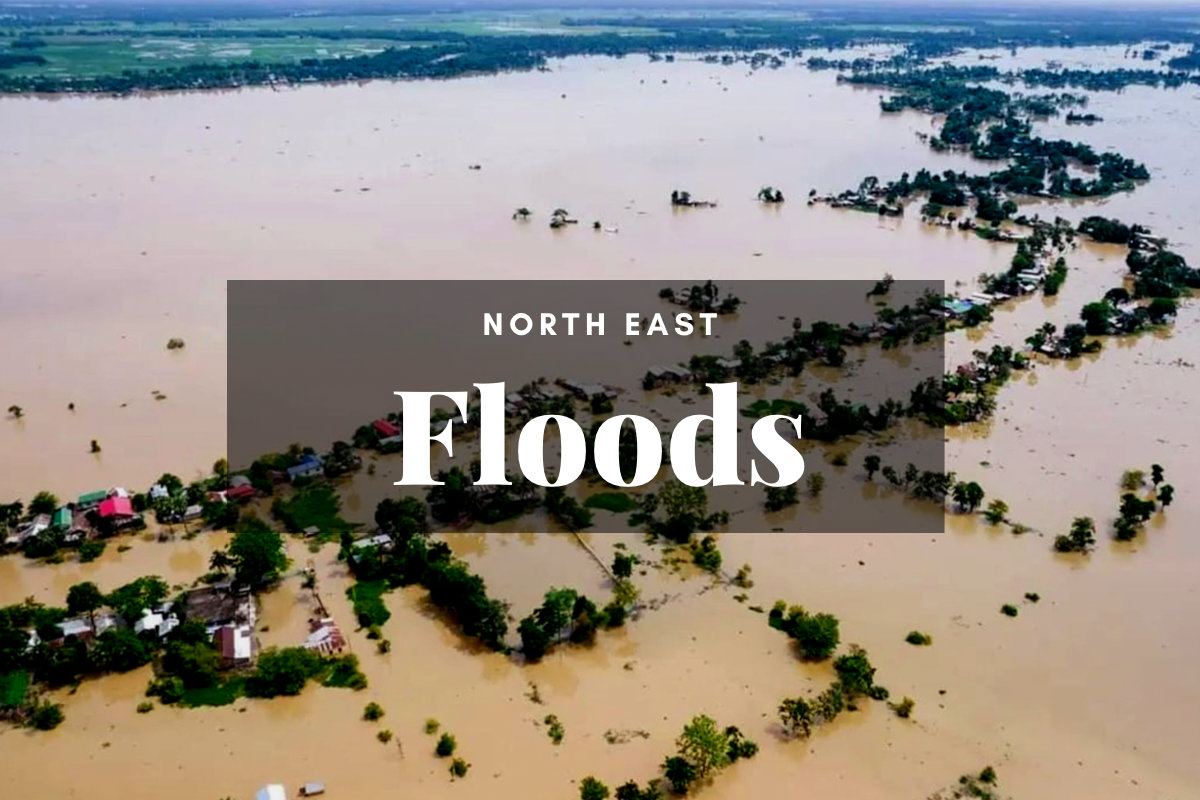 Assam which is known for Assam Silk and Assam Tea remains in the news for another reason i.e., floods. Torrential rains and floods hit Assam yet again as nearly two lakh people have been affected in 20 districts this year, the hilly district Dima Hasao has been cut off from the rest of the state. Apart from that rail and road connectivity has totally snapped after landslides.

Floods cause devastation for Assam every year, but do you know why Assam faces floods every year? Let’s know

What’s the reason for Assam flood every year?

Every year three to four waves of floods come to destroy the flood-prone areas of Assam.

Bank erosion from the Brahmaputra is also another big reason for the terrible floods of Assam. This causes the water to overflow whenever there is a flood in the low-lying areas.

According to the information of the Government of Assam, between the years 2004 and 2014, the south bank tributaries of the Brahmaputra in lower Assam accomplished flash floods of high magnitude due to cloudbursts in the catchment areas of Meghalaya.

Another responsible is its human being too. The construction of embankments starting from the 1950s and any unplanned construction on or near the natural course of the river cause major floods.

The Brahmaputra Board suggested that dams and waterbody should be built to reduce floods.

But dams have not been the right solution for flood-affected areas because they help regulate the release of floodwaters and the release can sometimes be beyond the capacity of the channels downstream. The locals and environmentalists have also protested the building of dams as it could lead to displacement and destruction of ecology.

Over the years, the government has suspended several dam projects. Thus, the government relied on building an embankment on the river, a solution that environmentalists say is only an interim and haphazard measure for short-term mitigation.

The government also considered dredging, basically excavation of the river bed and “deepening” the river.

Gauhati University professor Dulal Chandra Goswami said, there should be a “basin-wide approach” to the solution of the problem. He further said, “Addressing the issues only in Assam when the flood strikes aren’t the solution — one needs the countries to come to an understanding about taking measures in the catchment areas.”

The government will soon have to take some measures to save Assam from the devastation of the floods that come every year.