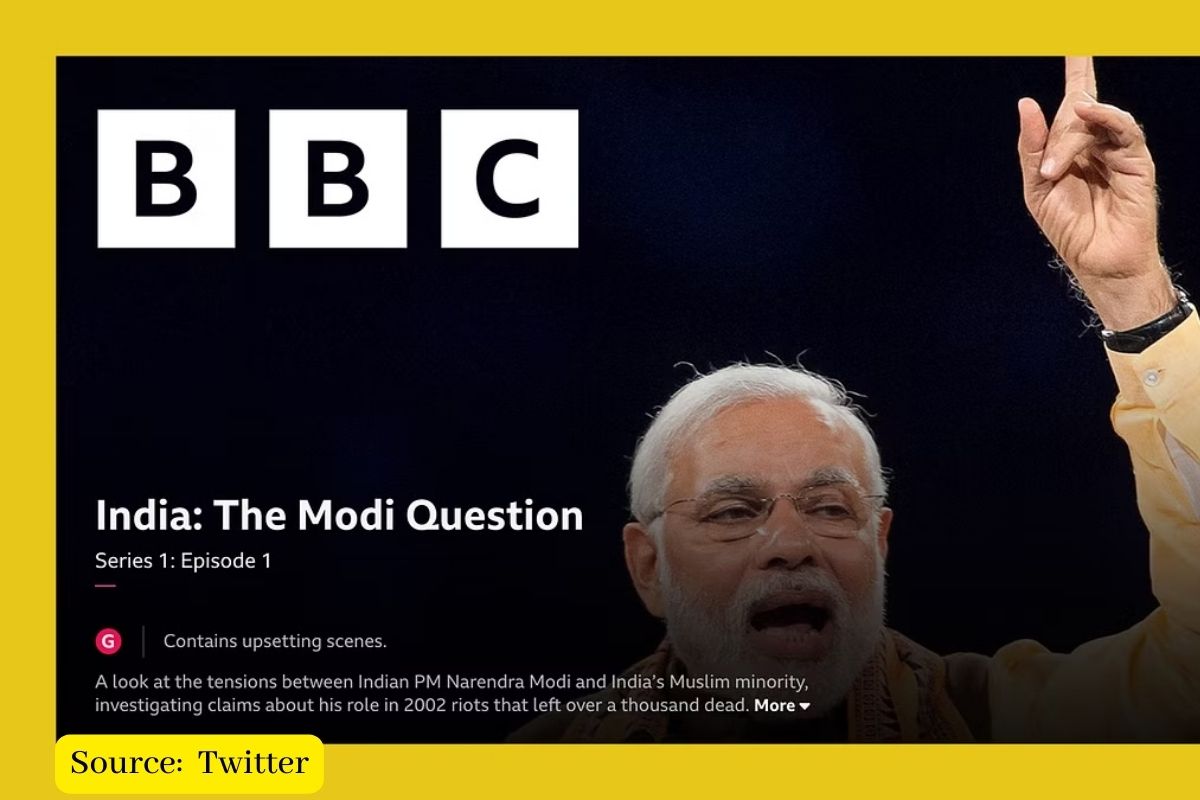 A documentary from British Broadcasting Corporation (BBC) about Prime Minister Narendra Modi, The Modi Question, has been removed from YouTube. The documentary, which premiered on Tuesday, takes a close look at the Prime Minister’s story and traces his journey to power.

The BBC two-part series called ‘India: The Modi Question‘ has seen strong responses from many. The documentary looks at “the tensions between Prime Minister Modi and the country’s Muslim minority” as well as “investigates allegations” about his role in large-scale communal violence that erupted in Gujarat in February and March 2002 that left “more than a thousand dead.”

The documentary was aired on BBC Two on the 17th evening of January. It cited the UK government report and maintained that “Narendra Modi is directly responsible” for the 2002 Gujarat riots.

“Narendra Modi’s premiership has been dogged by persistent allegations about his government’s attitude towards India’s Muslim population. This series investigates these allegations and examines Modi’s backstory as well as other questions about his policy when it comes to India’s largest religious minority,” the BBC said.

Speaking to the BBC, former Foreign Secretary Jack Straw (2001-2006) said he was personally involved in the investigations as the data and results provided were alarming.

“He was very worried about it. I became very interested personally because India is an important country that we (the UK) have relations with. So, we had to handle it very carefully,” Straw told the BBC, adding: “What we did was set up an investigation and have a team go to Gujarat and find out for themselves what had happened. And they produced a very comprehensive report.”

The first part of the two-part series reportedly reveals “never before seen” or “restricted” documents in detail. These reports were never released to the public.

The summary of the report mentions claims such as “far greater extent of violence than reported”, “widespread and systematic rape of Muslim women”, “politically motivated violence”, “the aim was to purge Muslims from Hindu areas”, “ their systematic practice of violence has all the hallmarks of ethnic cleansing.”

Also Read:  What is the confusion about real age of Heeraben Modi?

The Ministry of Foreign Affairs (MEA) expressed strong objection to the BBC documentary on Prime Minister Modi, calling it an attempt to sell a false narrative.

“The documentary is a reflection on the agency that has made it. We believe it is a piece of propaganda designed to push a particular discredited narrative. The bias, lack of objectivity, and continued colonial mentality are blatantly visible. You can’t dignify a movie like that,” said Arindam Bagchi, a spokesman for MEA.

“We believe this is a piece of propaganda designed to push a particular discredited narrative. The bias and lack of objectivity and the frankly continuing colonial mentality are late visible,” MEA said in a scathing statement, responding to the new series on the UK government-run channel.

Please note that this has not been screened in India. So I am only going to comment in the context of what I have heard about it and what my colleagues have seen. Let me make it very clear that we believe this is a piece of propaganda designed to push a particular discredited narrative. The bias, lack of objectivity and, frankly, an ongoing colonial mentality, is blatantly visible,” Foreign Ministry spokesman Arindam Bagchi said.

Referring to the apparent comments made by former UK secretary Jack Straw in the documentary series, Bagchi said: “He (Jack Straw) appears to be referring to some internal UK report. How do I access that? It is a report from 20 years ago. Why would we jump on it now? Just because Jack says so, how do they give him so much legitimacy?

The series aims to “present Modi as a bigot who treats Muslims badly. This is for internal consumption by the BBC in the UK as the British are sealing a trade deal with India,” The Times of India quoted British Indian Adit Kothari, a founding member of the non-profit Indic Society as saying.

“Nationally, this should be seen as a direct attack on the Tory party and Rishi Sunak by the left-liberal intelligentsia in the UK. The BBC has been anti-India for decades, but in recent years it has become anti-Modi and anti-Hindu,” he argued.