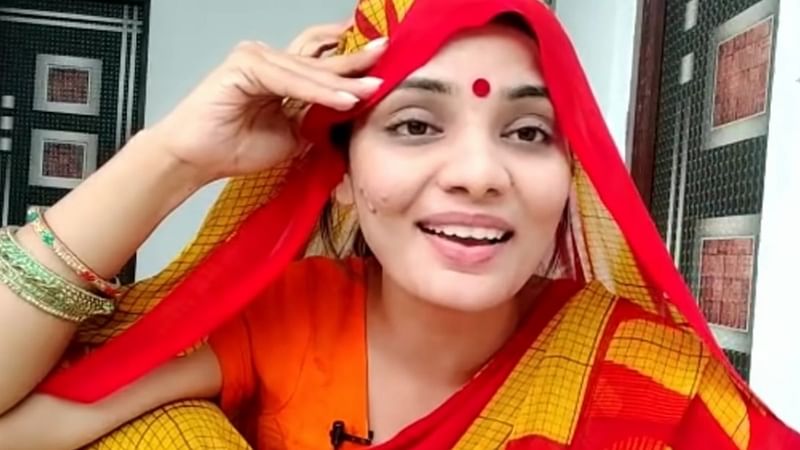 Ground Report | New Delhi: Bhojpuri singer Neha Singh Rathore, known for her witty take on current socio-political issues, has a new viral hit, and this time she has taken on the government of Yogi Adityanath, in a song war with the Bharatiya Janata Party (BJP). MP Ravi Kishan. Bhojpuri singer Neha Singh Rathore has released a song titled ‘UP Mei Ka Ba’ (What’s in UP?).

On Sunday, Rathore uploaded a song titled ‘UP Mein Ka Ba’ (what’s in UP?), on her popular YouTube channel.

Neha posted the video on her YouTube channel on Sunday, January 16. In the video, the singer from Bhojpuri raises socio-economic issues with Uttar Pradesh. She lined up points like the loss of life of farmers in Lakhimpur Kheri, the heinous case of rape and homicide, the loss of life from Covid-19 through the second wave of epidemics, spiritual conflicts, and others.

Furthermore, in her song, Rathore goes on indirectly questioning Prime Minister Narendra Modi over the Lakhimpur incident wherein a BJP minister’s son allegedly ran his SUV over four farmers. Through the lines, she says that the son of the minister has an attitude and runs his car over the farmers, further questioning the ‘Chaukidar’ over who is responsible for it. Rathore concluded her song with Kishan’s famous dialogue ‘Zindagi Jhand Ba, Fir Bhi Ghamand Ba’.

Neha’s video came after BJP leader and Bhojpuri actor Ravi Kish released her music titled UP Mein Sub Ba. In the video, the chief praises the achievements of Yogi Adityanath’s government. She stated that there is a wave of development in the yogi government, such as roadblocks, criminals behind bars, electric power, and others.

Who is singer Neha Singh Rathore

Neha Singh Rathore was born in 1997 in Bihar, she belongs to the Kaimur district of Bihar. Her singing inspiration is her mother. Neha has done her graduation from Kanpur University. She started singing two years ago and posted all the songs on Facebook, YouTube and Twitter.

Neha’s song won the hearts of millions and became an online sensation. Since then, she has sung several songs on students, migrants, women, and marginalized sections. Her almost two year old YouTube channel now has 2.86 lakh subscribers. She has 3.67 lakh followers on Facebook. Most of her songs are often based on social evils like dowry and alcohol.

This is not the first time that Rathore has sung an election song. A few months back, her songs “Uttar Pradesh Mein Chunab Aaye Paas” and “Jumlebaaz Rajo” had also grabbed attention.

Neha has done her graduation from Kanpur University. Rathore is a B.Sc graduate. Her Facebook bio reads: “Fighting to restore the honor of Bhojpuri, which has been broken by film songs”.

Why people trolling her

After singing the song ‘UP Mein Ka Ba’, Neha Singh Rathore has started getting trolled on social media. After this Neha came live on Facebook in the afternoon and while targeting BJP said that- IT cell has stifled my nose, comments are being made from Fake ID.