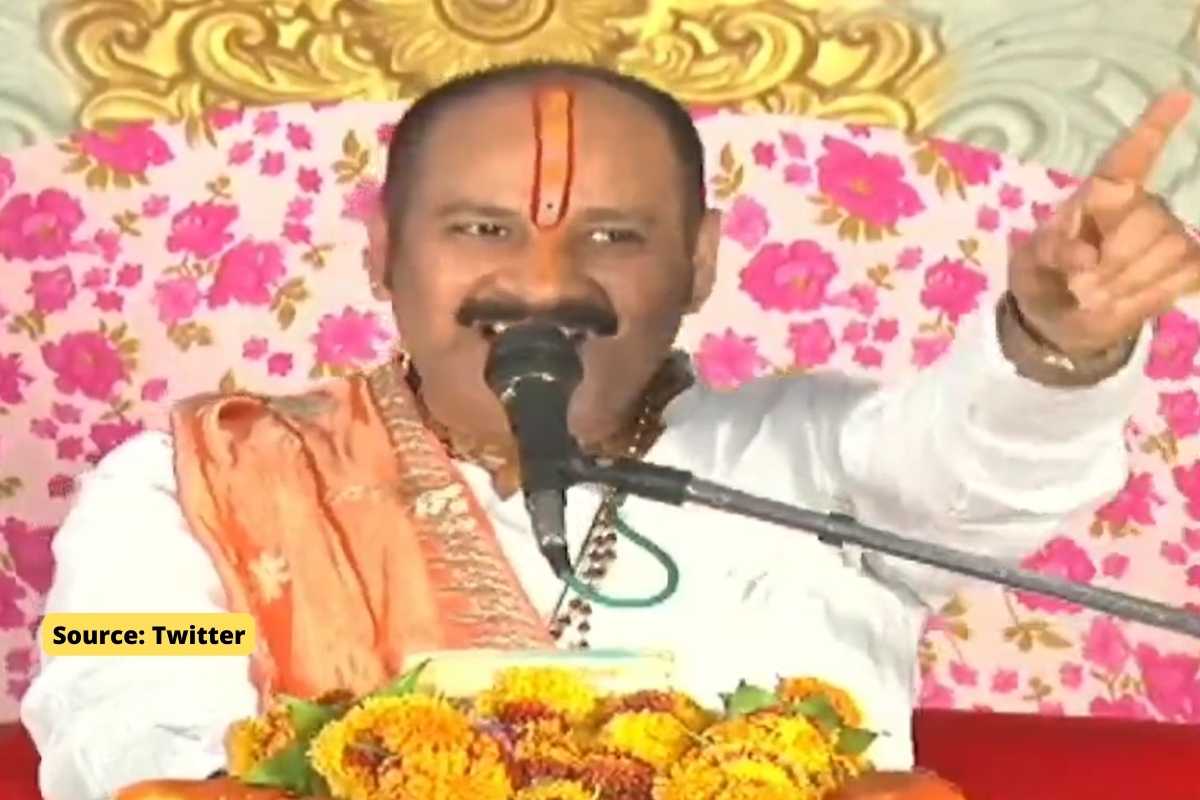 Hindu saints across the country have started a campaign to make India a Hindu nation, now they are also talking about changing the constitution. Many Hindu saints are seen giving hate speech or any controversial statement every day. Pandit Pradeep Mishra, a famous Hindu storyteller of Sehore city of Madhya Pradesh has joined this league.

During a Katha, he demanded to change the constitution of the country to make a Hindu Rashtra, when this video went viral on social media, a controversy started on it. Dalit and Tribal organizations of Sehore city have opposed Pandit Pradip Mishra and demanded his arrest.

While narrating the story in Madhya Pradesh’s Narmadapuram on Friday, We have to make India a golden lion from a golden bird, change the constitution and make India a Hindu nation.

Dalit and Tribal organizations did not like this video appealing to change the constitution. Dalit organizations opposed this and appealed to register a case of sedition against Pandit Mishra. According to the report of Dainik Bhaskar, Dalit leader Sanjay Ambedkar said that Pandit Mishra has insulted the Indian Constitution. He has spoken of changing the Indian Constitution, which is a case of sedition. If he does not apologize in 24 hours, his effigy will be burnt.

Who is Pandit Pradeep Mishra?

Pandit Pradeep Mishra is a narrator of Shiv Mahapuran in the city of Sehore, he is known all over the country for his Shiv Katha Purana reading. He often remains in controversies due to his statements. Because of his popularity, the Madhya Pradesh government bows before him. Recently, when he appealed to the administration to open the lock of Lord Shankar’s temple in Raisen Fort, it was discussed across the country. He cried while saying this, due to which Home Minister Narottam Mishra himself had to come to persuade him.

Generally, the behavior of sages, saints, and sermons is very gentle, but Pandit Pradeep Mishra is also known for his anger. Recently, while narrating the story in Ratlam, he left the Katha midway in anger because his mic was faulty. His Narration of Katha is very popular on social media and YouTube, due to which he does not like his mic being faulty.

Pandit Ji also distributes Rudraksha to the devotees free of cost, due to which many people reach his ashram. During Mahashivratri it becomes so crowded that it becomes difficult for the administration to handle.

Once upon a time, Pandit Ji of Sehore had become a victim of an accident in Haridwar, Uttarakhand. His car had crashed badly but still, the occupants of the vehicle were not even scratched. Soon after, he had reached out to the venue for Katha.