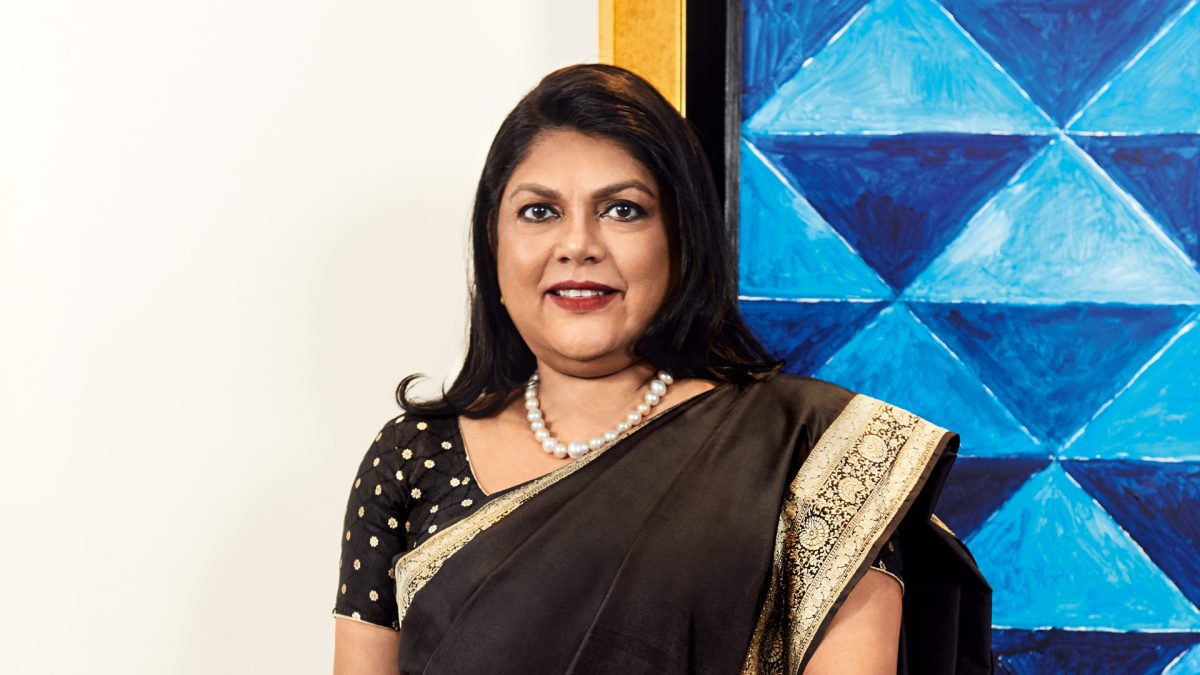 Ground Report | New Delhi: Who is Nykaa Founder; Beauty startup according to the Bloomberg Billionaires Index, Nykaa founder Falguni Nayar has become India’s wealthiest self-made female billionaire, following a good stock market debut on Wednesday. Nayar, who owns about half of Nykaa, is now worth about $6.5 billion as shares of the firm surged as much as 89% when they started trading Wednesday. FSN E-Commerce Ventures, Nykaa’s parent entity, is India’s first woman-led unicorn to hit the stock exchange.

So, who is this celebrated billionare, Falguni Nayar?

Nayar was born and raised in a Gujrati family in Mumbai, Maharashtra. She is a product of the Indian Institute of Management, Ahmedabad. She spent around 18 years at Kotak Mahindra Capital Co. as a Managing Director. She left this position in 2012 to pursue her dream. With her entrepreneurial mind of, she set her foot in the world of beauty and skincare products online and achieved what is called ‘Nykaa’

Nykaa started in 2012 and ever since it has boomed. Nykaa is India’s first profitable startup to have taken the IPO routeNykaa, Falguni’s beauty and lifestyle retail empire has risen to become India’s top beauty retailer, with a portfolio of 1500+ brands, including its own private label, available online and in 68 shops across the country.

Who is Nykaa Founder

Ms. Nayar is married to KKR India head Sanjay Nayar, who specializes in initial public offerings (IPOs). With her husband and twin daughters, she owns nearly half of Nykaa. She has received numerous honours, including Ernst & Young’s ‘EY Entrepreneur of the Year 2019 – Start-up’ and the Economic Times Awards for Corporate Excellence 2019’Businesswoman of the Year.’ Nayar was also selected ‘Business Person of the Year by Vogue India in 2019 and was named one of Asia’s Power Businesswomen by Forbes Asia in 2019.

Nykaa is now seen by Nayar as a forum for women’s emancipation. “Our message to women has been that the spotlight of her life should be on herself. You are important in your story and should feel no guilt at being center stage,” Ms Nayar said in a recent interview with news agency Bloomberg.” Nykaa has a strong resonance among millennials and Gen-Z,” she added.