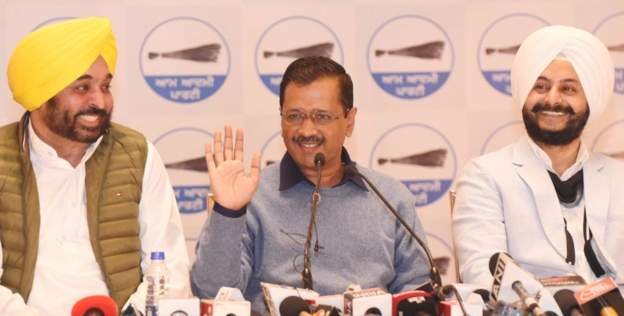 Arvind Kejriwal said that three percent of the people had taken Sidhu’s name. Many questions were also being raised about the method that Arvind Kejriwal had adopted to know the preferences of the public. If a person calls or texts ten times from different numbers, how will it be stopped? This method of Kejriwal was not being considered scientifically.

Who is Bhagwant Mann

Bhagwant Mann joined AAP in 2014 and has been an MP since then. He won one election after another from the Sangrur Lok Sabha constituency. Before joining politics, Mann was a comedian who acted in television shows opposite Kapil Sharma.

He is the head of the Aam Aadmi Party in Punjab and is an MP from Sangrur Lok Sabha constituency. In 2018, Arvind Kejriwal apologized to former Punjab minister and Akali Dal leader Bikram Singh Majithia for accusing him of being involved in the illegal drug business. After this, he resigned as the chief of the Aam Aadmi Party in Punjab. Many people also call Bhagwant Mann a drunkard. But he has been denying these allegations.